Anticardiolipin Antibody and its Role In Autoimmune Disease

A third of people with lupus have antibodies against cardiolipin – a fatty molecule in our cells involved in blood clotting. Find out how the anticardiolipin an 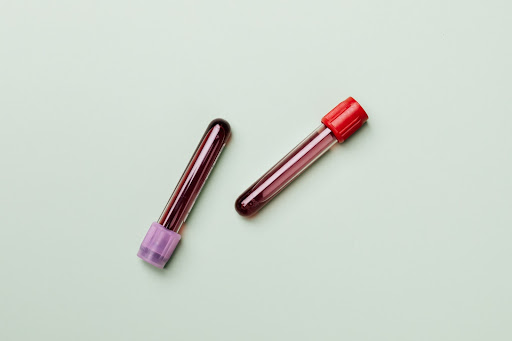 Phospholipids are fat-like molecules with a hydrophilic, or water-loving, phosphate head and a hydrophobic, or water-repellent, lipid tail. Their special structure allows phospholipids to join together in layers to form cell membranes, and they take part in important cellular processes such as regulation of blood clotting.

What Is the Anticardiolipin Antibody?

The anticardiolipin antibody (also known as aCL) specifically targets proteins on the surface of cardiolipin — a natural phospholipid molecule in our cell membranes and platelets that plays an important role in blood clotting. (Source)

While blood clotting is essential to keep us from bleeding uncontrollably when we have minor scrapes and injuries, excessive clotting can cause dangerous blockages in blood vessels. This kind of clot can stop blood from flowing to vital organs and deprive them of oxygen. The anticardiolipin antibody causes a high risk of developing dangerous blood clots.

Because blood clots are not uncommon in other illnesses, APS can be difficult to diagnose. When symptoms suggest a person may have APS, they usually get tested for both the anticardiolipin antibody and another antiphospholipid antibody called lupus anticoagulant (LA), as the two antibodies are often found together. (Source)

Testing a patient for the anticardiolipin antibody can reveal the reason why they have a history of blood clots and help inform their treatment plans going forward.

Who Is at Risk?

Antiphospholipid antibodies are found in 1%–5% of the population, but tend to be more likely in patients who suffer strokes, heart attacks, and clots. The development of these autoantibodies may have a genetic component, as they seem to run in families.

If a person has APS or SLE, it’s possible their first-degree relatives (parents, siblings, or children) may have the anticardiolipin antibody. But whether those with the antibody will develop clinical symptoms can depend on epigenetic variations, such as the individual’s environment and lifestyle. (Source, Source)

Diagnostic tests are most commonly ordered for patients under 50 years of age who have suffered a major unexplained blood clot, people with existing autoimmune disorders, and women who have had repeated miscarriages or complications with their pregnancies.

Other than the three main diagnostic criteria above, patients can also present with symptoms including:

What Do My Test Results Mean?

If APS is suspected, you may have two or more blood tests at least 12 weeks apart, to determine if the anticardiolipin antibody is consistently present. You will only be diagnosed with APS if all tests come back positive. Weakly positive or inconsistent positive results are normal in healthy people, and are therefore not enough to support a diagnosis of APS. (Source)

A test is considered positive if it detects:

(1 unit represents 1 microgram of the anticardiolipin antibody. MPL refers to the IgM isotype and GPL refers to IgG.) (Source, Source)

A consistently positive test result means you may have APS or another autoimmune disorder.

Researchers later found that autoimmune patients had anticardiolipin antibodies that reacted with phospholipid substrates in the syphilis assay. The discovery ultimately led to the identification of APS as a separate disease. (Source)

What Is the Treatment for Anticardiolipin Antibody?

The treatment for people who test positive for aCL will depend on the symptoms that arise. If a blood clotting pattern starts to emerge, or APS is diagnosed, long-term blood thinning medications are the main form of treatment.

Anticoagulants are often combined with antiplatelet medications, such as low dose aspirin. They work together to reduce the risk of developing dangerous blood clots.

Regular checkups are needed to make sure that the dose you’re taking still allows for enough clotting to prevent internal bleeding. (Source)

For a woman with antiphospholipid antibodies, starting anticoagulant therapy early in pregnancy offers the best chance of a successful outcome.

Heparin, particularly LMWH, is the chosen anticoagulant for pregnant women because it doesn’t cross the placenta, and therefore doesn’t affect the fetus. The combination of heparin and low dose aspirin is recommended.

After her baby is delivered, a woman can be switched back to warfarin. (Source)

When aCL is associated with blood clotting incidents in SLE patients, physicians will also prescribe a long-term anticoagulant treatment plan. But since SLE patients are at risk of renal disease and kidney failure that can be aggravated by these medications, lower doses are often recommended. (Source)

The Bottom Line on the Anticardiolipin Antibody

It’s important to remember that while the anticardiolipin antibody poses an increased health risk, testing positive does not mean you will experience a dangerous blood clot. If you are diagnosed with APS, or if a blood clotting pattern is emerging, you may be started on long-term anticoagulant medication to prevent excessive clotting. If you become pregnant, special care will be taken to help ensure a successful outcome.

Anticardiolipin Antibody and its Role In Autoimmune Disease

A third of people with lupus have antibodies against cardiolipin – a fatty molecule in our cells involved in blood clotting. Find out how the anticardiolipin an