What Is Butyric Acid & Why Do I Need It?

The ultimate guide to understanding how butyric/butanoic acid affects your health. 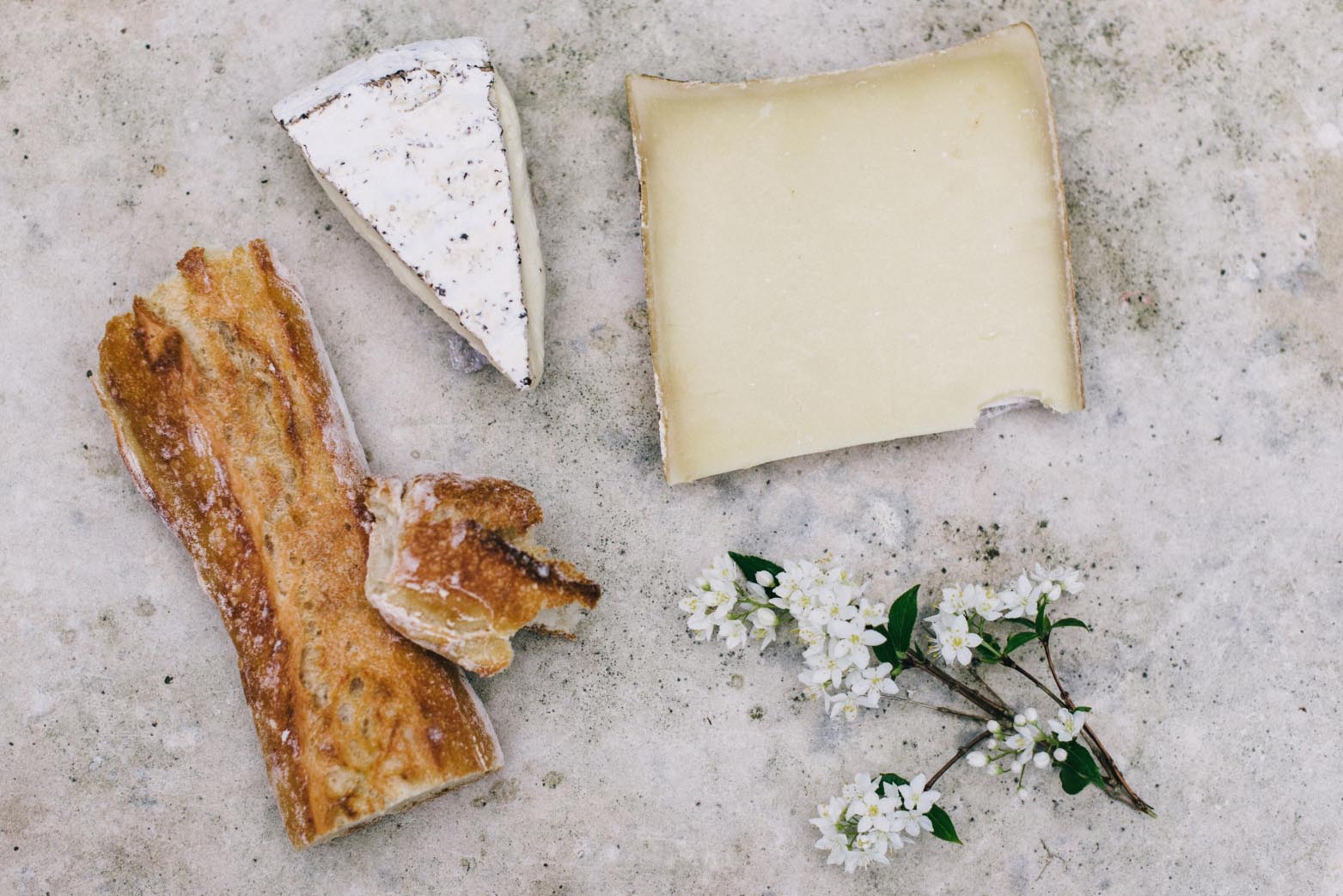 Butyric acid, also known as butanoic acid, is a four-carbon short-chain fatty acid that is found in a number of foods and is also produced in our bodies. Its name comes from the ancient Greek word for butter.

Known as the “stinky fat,” butyric acid boasts an aromatic odor (to put it kindly) that has been described as both rancid butter and stale cheddar. It’s also responsible for the familiar lactic acid flavor that we often associate with fresh, homemade bread, butter, and yogurt.

Although butyric acid is naturally occurring in different types of dairy products, it's found in even greater amounts in the digestive tracts of humans and other mammals. The organic compound is produced when complex sugars are broken down during the process of fermentation. Its main function is to provide energy to cells of the colon, but it also supports the immune system with its powerful anti-inflammatory and antimicrobial properties.

In today's edition, we're exploring butyric acid, AKA the pungent, rancid odor that you might recognize from that time your butter went bad — and also a powerful healing nutrient in our bodies.

What Is Butyric Acid and Why Should I Care?

Butyric acid, also known as butanoic acid, is a short-chain, saturated fatty acid (SCFA) that is found in plant oils and animal fats, especially products such as butter, ghee, and raw milk. It’s also produced when carbohydrates like fiber are fermented by bacteria in the colon.

Butyric acid is the preferred fuel of your enterocytes, the cells that line the intestines. In other words, it's what your gut cells prefer to burn for energy. Estimates suggest that the compound provides your colon cells with about 70% of their energy needs. (Source)

Note: Although the terms “butyric acid” and “butyrate” are commonly used interchangeably even in the literature, scientifically speaking, the two compounds have slightly different structures (butyrate has one less proton than butyric acid). However, research appears to show that they have identical health benefits.

Butyric acid can also help support your immune function and keep your gut barrier healthy. It's known to have anti-inflammatory and anti-carcinogenic properties and to play a role in gut barrier function, immune system regulation, and metabolic regulation. (Source) That's why the compound has gained attention for its potential role in treating inflammatory bowel disease (IBD), irritable bowel syndrome (IBS), and colorectal cancer. On the flip side, decreased butyrate concentrations and numbers of butyrate-producing bacteria have been linked with disorders, ranging from dysbiosis to strokes and even metabolic conditions. (Source, Source, Source, Source)

It may explain the tremendous health benefits of high-fiber diets

A diet high in fiber has long been considered a cornerstone of gut health, and now science is backing that up. Fiber promotes healthy intestinal flora and helps maintain healthy gut barrier function. It can also help reduce inflammation and insulin resistance, and may help reduce your risk of developing certain diseases, such as diabetes and heart disease.

As dietary fiber is fermented by bacteria in the gut, butyric acid is formed. Research suggests butyric acid in the gut helps kill colon cancer cells, making a high-fiber diet an important cancer prevention tool. (Source) Beyond that, butyrate can affect our brains by acting via the gut–brain axis. Through its ability to cross the blood–brain barrier, butyrate can activate the vagus nerve and hypothalamus, indirectly affecting appetite. (Source)

What Does the Research Show About Butyric Acid?

Butyric acid has powerful effects on the immune system

Thanks to its anti-inflammatory properties, butyrate can help control inflammation and modulate the immune response. In addition, butyric acid helps regulate the production and development of regulatory T cells in the colon, which are responsible for helping your body distinguish between itself and foreign invaders. Without the ability to tell self from nonself, the immune system may begin to attack your own tissues and organs, resulting in an autoimmune condition. (Source)

Related to immune function, butyrate also helps maintain healthy gut barrier function and prevent the incidence of leaky gut. (Source) Emerging evidence suggests there may be a link between butyrate and autoimmunity in humans as well. For example, people with type 1 diabetes — an autoimmune condition that affects the ability of the pancreas to produce insulin — have been found to have lower levels of butyrate-producing bacteria in their gut than those without diabetes. (Source)

Studies have revealed that butyric acid has a profound effect on the brain, ranging from memory and cognition issues to neurodegenerative diseases. In rat studies, butyrate stimulated the release of brain-derived neurotrophic factor (BDNF), a molecule that supports the growth and differentiation of healthy neurons in the brain. (Source) And in studies looking at animal models of Huntington’s disease and Parkinson’s disease, butyric acid has been shown to protect brain neurons from cell death and to extend the lifespan of mice with Huntington’s. (Source, Source)

Numerous studies have reported that butyrate metabolism is impaired in patients with IBD. (Source) Butyric acid has been shown to decrease colitis-associated intestinal inflammation and colon cancer in both animal and human models. In a small 2005 study looking at the effects of butyrate on Crohn’s disease, 69% of patients saw clinical improvements after treatment, with 53% of participants achieving remission. (Source)

Butyric acid is a promising therapy for IBS

Emerging evidence suggests that butyric acid may be a potential treatment option for IBS as well. (Source)

In one double-blind, randomized, placebo-controlled study, 66 adult patients with IBS took either a placebo or 300 milligrams of sodium butyrate (the sodium salt of butyric acid) per day, in addition to receiving standard therapy. Just four weeks into the 3-month study, researchers found that subjects who took the butyric acid had a statistically significant decrease in the frequency of abdominal pain during bowel movements. (Source)

One of the more controversial potential applications of butyric acid is its ability to impact insulin sensitivity and obesity. In many studies, butyrate has been shown to significantly improve insulin sensitivity and reduce insulin resistance in people with metabolic syndrome. (Source) Researchers believe that this may be a result of the compound's ability to increase GLP-1 (glucagon-like peptide-1) and PYY (peptide YY), hormones that help your body to control food intake and increase fat burning (Source, Source, Source).

However, although a large body of evidence has suggested that butyrate may attenuate obesity and insulin resistance, a few studies have shown the opposite effect. Therefore, more research is needed to understand the effects of butyrate on obesity.

How Does Butyrate Work?

Studies have shown that butyrate has multiple modes of action:

Butyrate is a “histone deacetylase inhibitor”

Butyrate is known to increase the expression of genes that promote the growth of gut cells and suppress genes that cause inflammation. It appears to do this by inhibiting histone deacetylase (HDAC), an enzyme that regulates gene expression. This protects the DNA wrapped around proteins called histones, which has led researchers to believe that butyrate has anti-inflammatory and anticancer effects in the gut. In other words, it prevents genes from getting damaged, rather helping them to survive and adapt. (Source)

As mentioned, butyric acid plays a key role in metabolism and mitochondrial activity. Not only does it serve as the primary source of fuel for colon cells, studies have also shown its ability to support energy homeostasis and promote mitochondrial activity in animal models. (Source) Researchers have also postulated that reduced glucose availability in the brain may contribute to mitochondrial dysfunction in acute and chronic neurological diseases, which could theoretically be supported via butyrate because of its effects on energy metabolism. (Source)

Research has shown that butyrate is a key regulator of microbiome health and helps to strengthen the gut barrier. As a major energy source for the cells that line the colon, butyrate is preferentially absorbed to repair damaged cells and support the growth of new ones. In effect, it also keeps harmful bacteria and endotoxins from passing through the intestinal wall into the bloodstream, which can help reduce inflammation and the risk for chronic disease. (Source)

G-protein-coupled receptors (GPCRs) are members of a large protein family that are activated by a variety of neurotransmitters, hormones, and drugs. GPCRs are involved in many important physiological functions, such as the regulation of cell growth and proliferation, hormone secretion, and neurotransmitter release.

They are a common target in medications, but interestingly butyrate has been found to signal through a GPCR receptor called GPR109a. Scientists believe that butyrate's triggering of GPR109a may be responsible for the compound’s anti-inflammatory and anti-carcinogenic effects. (Source)

What Should I Do About Butyric Acid?

Some of the food sources with the most naturally-occurring butyric acid include butter, ghee, parmesan cheese, and raw milk. (Source) Butter contains 3% to 4% butyric acid, making it the richest dietary source of butyrate. (Source) Some types of kombucha can also contain butyric acid as well. However, even the richest food sources contain relatively little of this fatty acid compared to the amount that can be created in the large intestine, so your best bet is to feed fiber to the microbes that generate butyrate in your gut.

Fructo-oligosaccharides (FOS) are a type of prebiotic, substances that promote the growth of beneficial bacteria in the colon, such as butyric acid. Other prebiotic superstars to consider incorporating into your diet include garlic, bananas, onions, leeks, and asparagus. One study in rats showed a high-FOS diet increased levels of butyrate in the large intestine while maintaining the levels of anaerobic bacteria. (Source)

Resistant starches are gut-friendly carbohydrates that feed the beneficial bacteria in your gut and help them thrive. As a bonus, they also increase butyrate production in the large intestine as they are fermented by other bacteria in the gut. The best way to get more butyrate is to eat prebiotic foods that are rich in resistant starch, such as artichokes, plantains, and cooked potatoes. (Source)

Although diet is typically the best way to increase butyrate production in the gut, if resistant starch isn't a staple in your diet you can also supplement with butyrate directly. It’s commonly found in fiber supplements and often sold as sodium butyrate. However, you may want to hold off if you’re pregnant or breastfeeding — one animal study found that giving pregnant and breastfeeding rats sodium butyrate led to insulin resistance and increased fat storage in their offspring. (Source)