Cortisol: The Ultimate Guide to the “Stress” Hormone

Cortisol is a steroid hormone released by the adrenal glands in response to stress to regulate blood pressure, blood sugar levels, and immune function. 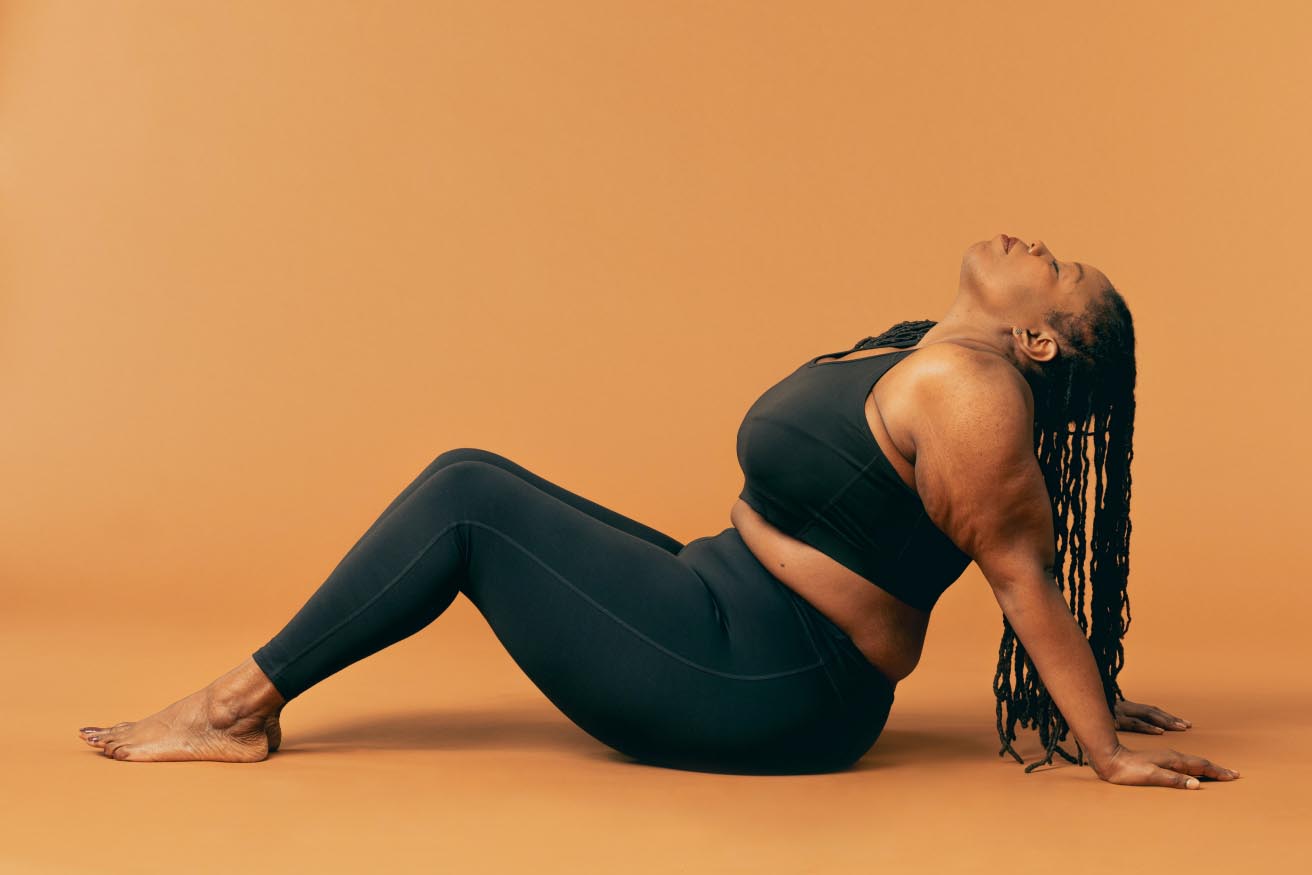 We often refer to stress as a mental and emotional state, but it can also be defined as any disruption of homeostasis — a biological state of equilibrium enabling the body to maintain its optimal functioning. When we experience stress, our body reacts by secreting cortisol, a hormone that mobilizes the body's energy and resources to go into a “fight-or-flight” response.

Cortisol is an important yet often overlooked hormone. It is released from the adrenal glands in response to stress and has numerous functions in the body, including immune modulation, blood pressure regulation, and energy storage.

In the early 1930s, three independent researchers— Edward Kendall, Philip Hench, and Tadeus Reichstein — discovered the role of the adrenal cortex and the production of cortisone, a precursor to cortisol, in regulating the body's response to stress. All three received the Nobel Prize in Medicine for this discovery in 1950.

In the decades since, scientists have begun to unravel cortisol's role in many areas of human health. They have identified various factors that can affect the production of the hormone, including physical activity, diet, and even the time of day. Unsurprisingly, chronic stress can wreak havoc on the body and mind. In the long-term, chronic stress can cause the body to produce more cortisol and contributes to a litany of health issues, including weight gain, fatigue, depression, insomnia, and other chronic conditions.

In this edition, we're unpacking the basics of cortisol, the “stress hormone,” and exploring the reason why you should wake up early to catch the sunrise.

What is cortisol, and why should I care?

It's a hormone released by your adrenal glands. Cortisol is a glucocorticoid, a class of steroid hormones naturally produced by the human body in response to specific triggers. The adrenal glands release it in response to stress to regulate blood pressure, blood sugar levels, and immune function. The secretion of cortisol is managed by the hypothalamic-pituitary-adrenal (HPA) axis, a complex pathway that involves the central nervous and endocrine systems. (Source)

It aids critical processes in our body. Although cortisol is known mainly for its ability to mobilize the body in response to stress, it affects many different functions in the body. This is because most bodily cells have cortisol receptors. Cortisol’s primary purpose is to raise blood sugar levels, but the hormone also plays an essential role in regulating the body's immune system, metabolism, digestion, and growth. (Source)

It's involved in the “fight-or-flight” response. Under acute stress, cortisol helps us survive by activating the sympathetic nervous system, which increases heart rate and blood pressure and diverts blood away from the digestive system and toward the muscles. Cortisol modulates norepinephrine and epinephrine activity, two neurotransmitters involved in this response, and triggers the release of glucose from the liver and muscle tissue to provide instant energy. (Source)

Chronic cortisol levels put us at risk. Cortisol has many beneficial effects on the body and is essential to survival. However, when stress is prolonged, cortisol levels can remain elevated, leading to several health problems, including increased risk of heart disease, depression, and obesity. It can also interfere with memory and cognition — in fact, many researchers believe that cortisol is involved in the onset of Alzheimer’s disease. (Source)

How does cortisol work in the body?

As aforementioned, it’s part of a complex system known as the HPA axis. When the amygdala recognizes an initial threat, it sends a message to the hypothalamus to release corticotropin-releasing hormone (CRH). CRH then triggers the pituitary gland to secrete ACTH (adrenocorticotropic hormone). ACTH stimulates the adrenal glands to release cortisol, which travels through the bloodstream to the body's tissues, where it prepares the body for the "fight or flight" response. In this cycle, the hypothalamus and pituitary gland monitor cortisol levels and send signals to the adrenal system to adjust its production, depending on the body’s needs. (Source, Source)

What are normal cortisol levels?

If you suspect a cortisol imbalance, you may want to ask your doctor about testing options (via blood, urine, or saliva). Four-point cortisol tests enable you to collect samples throughout the day — first thing in the morning, before lunch, before dinner, and before bed, and can provide a more comprehensive picture of your hormones than a single point in time. (Source)

What does the research show about cortisol?

It has a profound impact on the gut. In addition to its role in the stress response, cortisol also has an enormous effect on the microbiome. Elevated cortisol can damage the gut lining and increase intestinal permeability, contributing to conditions like dysbiosis, leaky gut syndrome, and other inflammatory conditions (e.g., ulcerative colitis, Crohn’s disease). One study showed that taking prebiotics reduced salivary cortisol awakening in healthy participants. (Source, Source)

It can increase your risk of diabetes. Cortisol directly impacts blood sugar levels by stimulating gluconeogenesis, the process of creating new glucose. In the short-term, cortisol and insulin have an inverse relationship — the higher the amount of cortisol, the less insulin there is. However, under conditions of chronic stress, glucose levels remain high, triggering the release of insulin. This can lead to increased insulin resistance, which is a hallmark of type 2 diabetes. (Source, Source)

Sleep debt can increase cortisol. Studies have shown that cortisol levels rise when you're sleep-deprived. One trial in Sleep found that total sleep deprivation can increase cortisol levels by up to 45% (perhaps more concerning is that partial sleep deprivation, which is all too common, elevated amounts by 37%). Sleep and cortisol are both dictated by the HPA pathway, so this relationship is bi-directional. Researchers have also found that an overactive HPA axis (thanks to chronic stress) can disrupt your sleep cycles, causing fragmentation of sleep, decreased slow-wave sleep, and shortened sleep time. (Source)

It can change the size, structure, and functioning of your brain. Evidence suggests that cortisol may affect our brains and cognitive functioning. Studies have shown that prolonged exposure to cortisol may cause long-term damage to your hippocampus — the area of your brain that controls memory formation, learning, and emotion. High levels due to chronic stress can decrease the hippocampus’s size and induce the loss of neurons, impairing our ability to create new memories. It also downregulates the expression of brain-derived neurotrophic factor (BDNF), a key molecule involved in promoting neural growth and regeneration in the brain’s limbic structures that control memory and mood. (Source, Source, Source)

What should I do about cortisol?

Keep your stress in check

‍Although we can't always control the stressors in our lives, we can control how we respond. Learning to recognize when your body is in stress mode — marked by a rapid heart rate, shallow breathing, or tense muscles — can help to reduce cortisol levels. Make self-care a priority — carve out time in your schedule to do the things you love, whether that's taking a yoga class, playing with your dog, or getting lost in a book.

‍As we discussed, cortisol raises blood sugar levels, impairs glucose tolerance, and increases insulin resistance. Although it initially suppresses appetite in response to a threat, the hormone can also stimulate ghrelin, the “hunger hormone,” which enhances appetite and food-cravings (hello stress-eating!). Cortisol also reduces the hypothalamus’s sensitivity to leptin, which tells your brain when you’re satiated. Opt for anti-inflammatory foods with a lower glycemic index and incorporate healthy fats to stabilize your blood sugar levels, keep you calm, and reduce inflammation. Later this month, we’ll dig deeper into foods that naturally lower your cortisol levels. (Source)

Get outdoors (or look at pictures of it)

‍Spending time in nature lowers stress, reduces blood pressure, and boosts mood. It doesn’t need to be a long hike either — one study showed that walking or sitting in nature for just 20-30 minutes confers most of the stress-reducing benefits. Another recent study from the Journal of Environmental Psychology found that simply viewing an image of a flower was enough to trigger feelings of calm and relaxation, reducing negative emotions, blood pressure, and cortisol release. (Source)

‍Experts suggest that consistent meditation practice is one of the most effective ways to reduce cortisol levels and experience the health benefits of deep relaxation. Among other benefits, meditation has been shown to significantly reduce cortisol levels and even shrink the amygdala’s size over time, the primal region of the brain that initiates the body’s response to stress. In 2013, researchers in Thailand found that medical students who participated in a mindfulness meditation had significantly lower cortisol levels after just four days of the program. (Source, Source)

‍Cortisol is also responsible for your sleep-wake cycle and follows a circadian rhythm. Your body releases the "stress hormone" to help you get going in the morning, so it usually peaks right before waking up. The hormone’s diurnal nature is another reason why it's crucial to maintain and prioritize a regular sleep schedule. Timing, length, and quality of sleep can all affect cortisol levels. Abiding by a consistent bedtime and incorporating other sleep hygiene techniques (e.g., keeping your bedroom dark, cool, and quiet) can help promote restful, cortisol-reducing sleep. (Source)

Where can I go to learn more about cortisol?

On its effect on the brain‍

This 4-minute animated video shows how chronic stress can affect brain size, structure, and functioning. It also shares one study in mice that looked at the relationship between the mother’s behavior (and how nurturing it was) and the pup’s response to cortisol, highlighting how epigenetics can shape our stress response.

On why we should befriend our stress

‍In this TED talk, Professor Kelly McGonical talks about reframing our stress response and using it to our advantage. In this video, she also discusses one of the other “stress” hormones, oxytocin, and explains the surprising reason why our stress response wants us to surround ourselves with other people.

Cortisol: The Ultimate Guide to the “Stress” Hormone

Cortisol is a steroid hormone released by the adrenal glands in response to stress to regulate blood pressure, blood sugar levels, and immune function.