Gut Microbiome: The Science Behind “Going With Your Gut”

The human gut microbiome, AKA the reason why what you eat nourishes not only you, but also the trillions of microorganisms living in your gut. 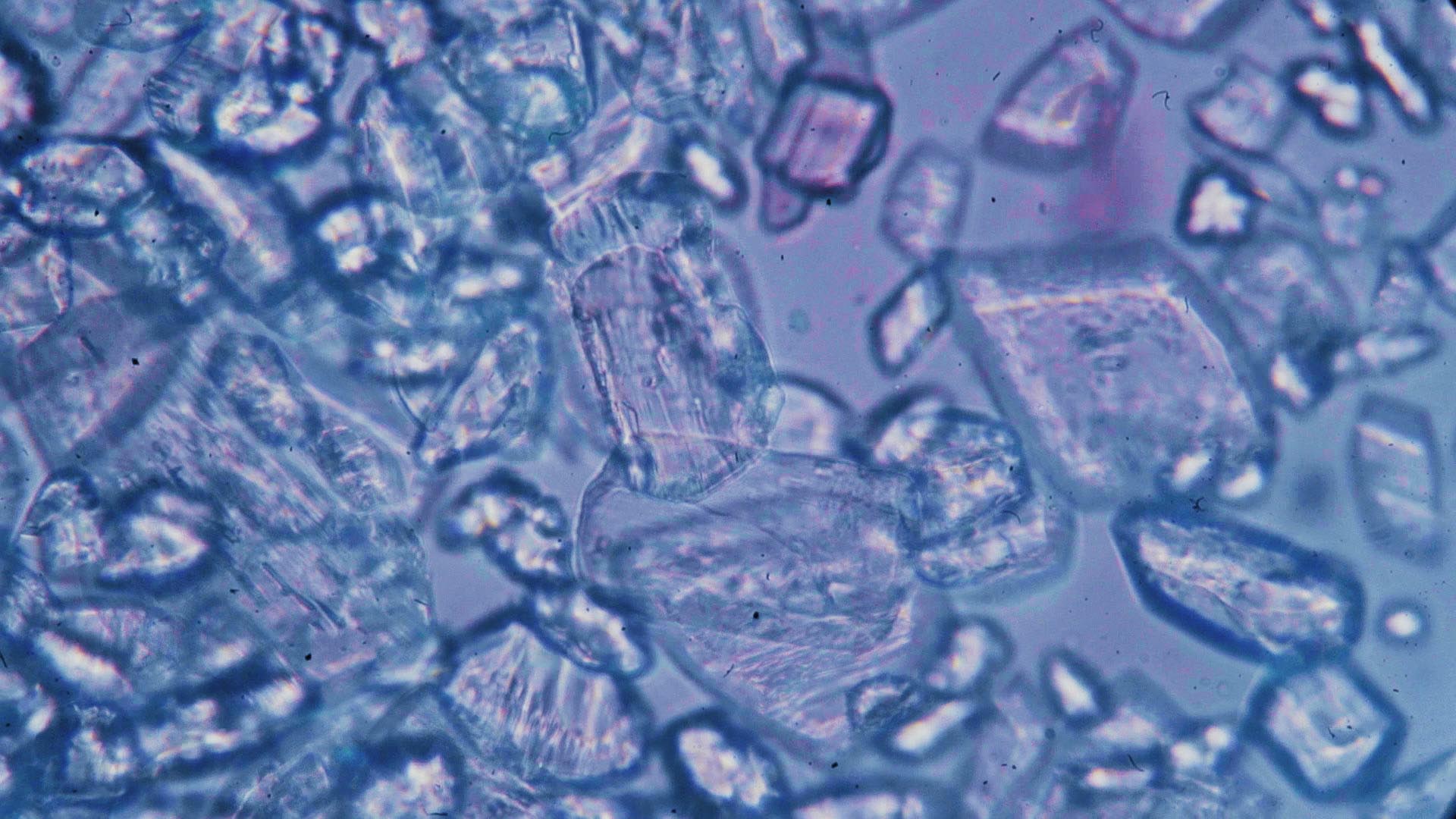 Humans, plants, and other animals all have microbiomes — teeming populations of microbes that interact with their hosts and, in many ways, make life possible. This invisible microbial world is supposedly foundational to our overall health and well-being, but why is that? What’s happening on a cellular level?

The first studies of the human microbiome date back to 1683, when scientist Antonie van Leeuwenhoek used a homemade single-lens microscope to look at the plaque from his teeth and observed the “animalcules,” or microbes, that were part of his oral microbiome.

“I then most always saw, with great wonder, that in the said matter there were many very little living animalcules, very prettily a-moving.” — Antonie van Leeuwenhoek

Later deemed the father of microbiology, van Leeuwenhoek also compared his own oral and fecal microbiota, noting the difference between microbes from different parts of the body, as well as between healthy and diseased states. (Source)

Fast forward to modern times. Microbiome research has grown exponentially and transformed the scientific landscape. Thanks to the development of genetic sequencing methods, researchers are able to detect bacteria and other organisms that can’t be cultivated in cultures. In 2008, the US National Institutes of Health (NIH) launched The Human Microbiome Project, as an extension of the Human Genome Project, to characterize the human microbiome and analyze its role in health and disease.

Today's edition will cover a basic primer on the human gut microbiome, AKA the reason why what you eat nourishes not only you, but also the trillions of microorganisms living in your gut.

What Is the Gut Microbiome and Why Should I Care?

It’s the community of microbes living in your gastrointestinal tract

Although predominantly composed of bacteria, the microbiome features a wide range of microbes, including archaea, viruses, and eukaryotes (protozoa, fungi, etc.) that have co-evolved with humans over thousands of years. These microorganisms, also known as microbiota, can be commensal (neutral), symbiotic (mutually beneficial), or pathogenic (disease-causing) organisms. In a healthy body, they create a balanced ecosystem and live in harmony with one another. (Source)

Each of us has 38 trillion microbes living in and on our bodies, collectively weighing between 2 and 5 pounds. Although bacteria live everywhere, the largest population of microorganisms colonize our intestines, and are collectively known as the gut microbiome. Scientists have discovered thousands of unique bacterial species inhabiting our gut, although many have yet to be characterized and fully understood. From a genetic perspective, the human gut microbiome is estimated to contain about 232 million genes, about 100 to 150 times more than the human genome. (Source)

Your microbiome is largely unique to you

Similar to our genetic footprint, we each have a unique microbiota. On average, we only share about 1/3 of our gut microbiome with any other person (in contrast, our genomic composition is nearly identical, with only a 0.1% variation between individuals). However, although the composition may vary, the function of these microbial communities largely remains the same. (Source, Source, Source)

Our gut microbes perform many important functions we cannot do ourselves

In addition to functions like regulating gene expression, our gut microbiota help us digest food, stimulate the renewal of cells in the gut lining, and directly regulate the immune system. The microbiome has even been deemed an organ, given the number of ways in which it supports the human body. (Source)

A healthy microbiome is essential for our metabolism

Among other functions, our gut bacteria help to manufacture many key nutrients, including enzymes, vitamins (notably B vitamins, folate, and vitamin K), and amino acids. The microbes in our gut play a key role in the digestion process by breaking down complex carbohydrates and producing signaling molecules (e.g., short-chain fatty acids) that can affect our appetite. (Source)

Researchers have identified a bidirectional link between our gut and our brain, deemed the “gut–brain axis,” and have demonstrated the causal effects of the gut microbiota on our brains (and vice versa). Our microbiome produces neurotransmitters that affect our mood and behavior and also communicates with nerves that connect to the brain. It’s estimated that 90% of the body's serotonin is produced in the gut. (Source, Source)

What Does the Research Show About the Gut Microbiome?

It’s most malleable in early life

Science has revealed that the first two to three years of life are the most critical for the microbiome’s formation. There are a few key factors that can affect our microbiome at birth:

Around age three, a child's microbiome stabilizes and resembles that of an adult. Research has found that infants’ gut microbiomes can shape their metabolic and immune-related health as well as their lifelong risk for obesity, asthma, allergies, and autoimmune diseases. (Source)

Our gut microbiome plays an important role in both the development and regulation of the immune system. In normal conditions, there's a healthy crosstalk between the gut microbiota and the immune system: while the immune system promotes the growth of beneficial microbes and helps maintain a stable microbial community, a healthy microbiota, in return, provides signals to stimulate the development and maturation of immune cells. It should come as no surprise then that 70% of our immune cells reside in our gut, and disruption to the gut can lead to a number of diseases, including dysbiosis and leaky gut. (Source, Source)

Microbiome health has been linked to inflammatory diseases

Given its relationship with the immune system, the gut microbiome may play an important role in the development and progression of inflammatory and autoimmune diseases, like inflammatory bowel disease (IBD), Crohn's disease, irritable bowel syndrome (IBS), and ulcerative colitis. Scientists have found that patients with IBD have lower levels of Faecalibacterium prausnitzii, a species of Firmicutes bacteria, than healthy people. Decreases in this particular species are also associated with colorectal cancer, and a study in germ-free mice has shown that eliminating the species can lead to colitis. (Source, Source)

There is likely no one “healthy” microbiome

That said, microbial diversity and community stability tend to be considered hallmarks of a healthy gut microbiome (in rarer cases, these can also be associated with diseased states). Multiple metagenomic studies have shown that increased microbial diversity is associated with improved metabolic health. The most abundant phyla in humans include Firmicutes, Bacteroidetes, Proteobacteria, and Actinobacteria, with the intestine being dominated by Firmicutes and Bacteroidetes. A disordered gut microbiome is associated with metabolic syndrome, which can lead to severe chronic conditions such as fatty liver and cardiovascular disease. (Source, Source, Source)

The microbiome responds quickly to large changes in diet

In one controlled-feeding study, initiating a high-fat/low-fiber or a low-fat/high-fiber diet altered the composition and function of the microbiome in as little as a day. These changes can be attributed to the fact that microbes are extensively purged every 24 to 48 hours and have the ability to double within an hour. However, researchers have found that core bacterial species tend to be resilient to temporary external influences, and suggest that long-term dietary habits may have a larger impact on an individual’s gut microbiota composition. (Source)

So What Should I Do About My Gut Microbiome?

Start with a fiber-dense, nutrient-rich diet

Diet is the most important factor in shaping the gut ecosystem and is directly responsible for over 60% of the variation in bacterial species in the gut. High intake of omega-6 polyunsaturated fats (relative to omega-3s), low levels of vitamin D, and insufficient fiber intake have been linked to the proliferation of pathogenic strains in the gut. As we saw with resistant starch, the key to supporting fermentation in the large intestine and promoting the production of butyrate is feeding it many fiber-filled plants. (Source, Source, Source)

Studies show that antibiotics — whether taken purposefully to fight infection or inadvertently through diet — can alter the composition of your gut microbiome, in both the short term and the long term. Antibiotics can have profound effects on our microbiome, by:

To be clear, antibiotics can be life-saving when used at the right time. However, they are often overprescribed and can lead to antibiotic resistance, so it's a good idea to double-check with your health care provider before taking antibiotics to understand whether they are truly necessary. (Source)

Working in the dirt exposes your body to a diverse set of microorganisms through breathing and touch. One study showed that exposure to dust from a rich, biodiverse soil changed the gut microbiota and reduced anxiety-like behavior in mice. Another benefit of honing your green thumb is that growing your own food may also reduce your exposure to pesticides. (Source)

Adding fermented foods to your diet, like yogurt, kimchi, and sauerkraut, can help feed the good microbes in your gut. The probiotics from fermented foods have been found to support the immune system and metabolic functioning by promoting intestinal barrier integrity. (Source, Source)

Where Can I Go to Learn More About the Gut Microbiome?

If you're more of a visual learner, this 11-minute video maps out the different organs in the gastrointestinal tract and dissects the role of the microbial communities in the gut on a cellular level. (Source)

On our “Missing Microbes”

Scientists have begun to sound the alarm that microbial diversity is declining in the modern gut — thanks to our Western diet, the use of antibiotics, and our sedentary lifestyles — with various genes becoming harder to find. One study in mice showed that shifting from a high-fiber to low-fiber diet resulted in a loss of microbial species in the gut; the loss could be reversed in the mice’s offspring, but after four generations the missing bacteria disappeared entirely. Renowned microbiologist Martin J. Blaser examines this trend towards microbe extinction in his book "Missing Microbes." (Source, Source)

How it may affect the severity of COVID

In the context of COVID-19, a preprint study (note: not yet peer-reviewed) suggests that gut microbiota may predispose healthy individuals to severe cases of the virus by mediating an overactive immune response. The researchers found that specific bacteria were associated with acute cases of COVID and with immune markers known to be elevated in severe incidence. A second study, published in Gastroenterology a few months later, found significant alterations in the gut microbiomes of people with COVID that persisted even after they had cleared the virus from their system. (Source, Source)