Heavy Metal Toxicity: What You Need To Know

Heavy Metal Toxicity: What You Need To Know. An overview of toxins and their effect. 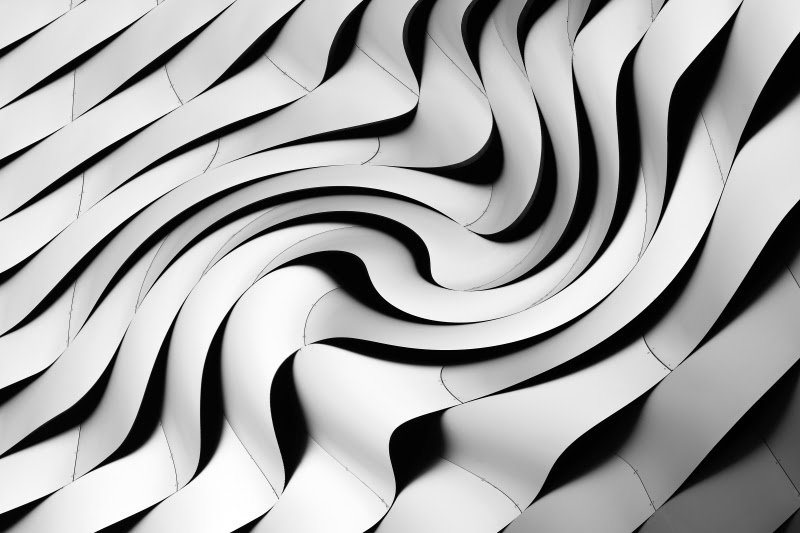 We’re exposed to these elements every day: in our water supply, food chain, polluted air, and industrial waste. We all have trace levels of heavy metals in our bodies, but some of us have higher levels due to diet and lifestyle factors. While some are necessary for life and are harmless at low levels, exposure to large amounts of heavy metals can lead to serious neurological, cardiovascular, and immunological issues.

Today, we'll dive into the history of heavy metals, including how they became so prevalent in our environment, the negative health effects associated with high levels, and what you can do about your exposure.

What Are Heavy Metals and Why Should I Care?

First, let’s look at what heavy metals are.

Heavy metals are dense metals with high atomic weights. They can be divided into essential metals (e.g., copper), which are required for various physiological and biochemical functions, and nonessential metals (e.g., mercury), which have no biological role. Our bodies need just trace amounts of essential metals, and even they can be toxic in excess. Heavy metals are not biodegradable, meaning these elements can accumulate in the environment and in our bodies, and can lead to a variety of health problems. (Source)

On a molecular level, heavy metals bind to vital cellular components like proteins, enzymes, and nucleic acids and can interfere with their function. Metal ions have been found to interact with cell components such as DNA and nuclear proteins, causing DNA damage. When heavy metals oxidize, our bodies generate free radicals, which promotes oxidative stress and damage to surrounding tissue in the process. (Source)

Heavy metals magnify as they move up the food chain

Toxic metals have been around for millennia, but human activity has accelerated their release into the environment, leading to an accumulation in our food chain. They are now found in pesticides, fertilizers, and animal feed containing industrial byproducts. Additionally, contaminated fish and other seafood represent yet another source of heavy metal exposure, as pollutants enter the lowest levels of the food chain and are retained and passed along from one level to the next. This increase in concentration of substances over time and in bigger living organisms is called biomagnification, which explains why fish at the top of the ocean food chain, such as tuna, often contain significant quantities of mercury. (Source)

An excess of heavy metals can affect the function of the central nervous system and may contribute to neurological disorders and damage to the lungs, liver, kidneys and other vital organs. Toxic heavy metals can also have a detrimental effect on our immune system, leaving us vulnerable to a variety of illnesses. Long-term accumulation of heavy metals in the body may accelerate the progression of physical, muscular and neurological degenerative processes seen in diseases such as Parkinson’s. (Source, Source, Source)

Heavy metals can be difficult to avoid

Although multiple heavy metals exist in the earth’s crust, mercury, cadmium, arsenic, and lead are the most common contaminants in our air, water, soil, and food. Chances are you're exposed to low-to-moderate levels of several of these toxins daily, depending on your lifestyle. People who are chronically exposed to high levels of heavy metals from occupational exposure, such as mining or manufacturing, will accumulate higher levels of these elements. Other unexpected sources of heavy metals include medicines, food containers with improper coating, industrial exposure, and lead based paints. Many heavy metals are not easily eliminated from the body, including mercury, and can accumulate in the organs, primarily the kidneys, brain, and liver. (Source, Source)

What Does the Research Show About Heavy Metals?

A growing body of evidence suggests that exposure to heavy metals can contribute to the development of chronic conditions such as asthma. The severity of adverse health effects depends on the type of heavy metal, its chemical form, and the amount and duration of exposure. In one study, higher levels of lead were associated with a greater likelihood of developing asthma in children 2 to15 years old. (Source)

One specific compound may be especially damaging to the brain

In a recent review, studies looking at memory found significant deficits in individuals exposed to inorganic mercury. Animal and lab studies suggest that exposure to this type of mercury, which is formed when elemental mercury combines with other elements, may cause nerve cell damage and promote the production of the plaques found in the brains of Alzheimer’s patients. Researchers have also found that patients with the ApoE 4 gene, aka the “Alzheimer’s gene,” may have more trouble eliminating mercury from their brains, contributing to its toxic effects on this organ. (Source, Source)

Children are at greatest risk from lead poisoning

Exposure to lead interferes with the development of the nervous system, so it’s particularly toxic to children and can cause potentially permanent neural and cognitive impairments. Fortunately, since the institution in the 1970s of preventive measures such as banning lead in paint, the number of children in the US with lead levels known to be harmful have fallen significantly. However, it’s since been determined that even low-level, seemingly asymptomatic lead exposure can cause irreversible harm, and in 2012 the CDC lowered the blood lead level requiring investigation and management.  (Source)

So What Should I Do About Heavy Metal Toxicity?

Two heavy metal detoxifiers to consider incorporating into your diet include cilantro and chlorella (best used in tandem!).

Cilantro. Cilantro may directly aid the chelation of heavy metals during the detox process, although study results have not all been positive. Research suggests the herb might improve mercury excretion following dental amalgam removal and also decrease lead absorption although again, results have been mixed. It’s easy to incorporate cilantro in sauces and vinaigrettes, or my personal favorite is sprinkling some on a bowl of guac. (Source)

Chlorella. Chlorella is a type of green algae that can be used as a mobilizing agent or chelating agent, depending upon the dosage. The green superfood is a complete source of amino acids and contains many nutrients, including antioxidants, and other minerals. In one study looking at mice, chlorella extract reduced blood lead levels by 66% compared to a control group but only when given at the same time as the lead, which suggests you should take chlorella regularly if you’re worried about ongoing lead exposure. (Source, Source)

The FDA has found that foods made with rice flour, rice bran, and rice-based sweeteners have consistently elevated arsenic levels. All plants can absorb some arsenic, but rice plants — due to their physiology and growing conditions — accumulate 10 times more arsenic than other grain crops. Researchers found that brown rice contains up to 80% more arsenic than white rice, as the metal accumulates in the grain’s outer layers (which is what gives brown rice its color!). Although brown rice has more fiber and nutrients, white rice contains resistant starch, which makes it an attractive alternative. One trick is to use three times more water than rice when cooking (rather than equal parts water and rice), and to rinse the rice both before and after cooking — this has been shown to reduce arsenic levels by up to 30%. (Source, Source)

Supplements are unregulated and can be contaminated with lead as well as other toxic metals such as cadmium and arsenic, so it's best to buy from a reputable brand with transparent manufacturing processes. Keep an eye out for hidden additives (e.g., lead chromate in turmeric powder), which may be used as colorants or binding agents in the production of some supplements. One study reported in the Journal of Public Health Management and Practice tested more than 3,000 spice products purchased locally in New York City between 2008 and 2017, and found lead in more than half the spice samples. Lead exposure was most commonly found in imported spices so source your spices locally whenever possible. (Source)

Minimize your use of unfiltered tap water

Studies have found that heavy metals such as arsenic and lead can leach into the water supply, especially when it is treated with chloramines. About 30% of plumbing infrastructure in the United States contains lead piping, lead service lines, or lead plumbing components, which are subject to leaching. To minimize your exposure to heavy metals, switch to filtered water for your drinking water. (Source, Source, Source)

Where Can I Go to Learn More About Heavy Metal Toxicity?

On signs of heavy metal toxicity

When it comes to clinical diagnosis of chronic low-level heavy metal toxicity, one challenge is the non-specific nature of the symptoms and signs. In addition to testing options, this article breaks down the general symptoms to watch out for, and how they show up in acute and chronic exposure. (Source)

On heavy metals in baby food

In February 2021 a congressional oversight committee released a report stating that some brand-name baby foods, including some labeled as organic, “are tainted with significant levels of toxic heavy metals, including arsenic, lead, cadmium, and mercury.” The findings were based on internal records the companies voluntarily provided; several other companies refused to cooperate with the investigation.

For a handy wallet card

The National Resources Defense Council (NRDC) put together a short guide that outlines recommendations for tuna consumption based on your weight and categorizes fish based on mercury levels.

Heavy Metal Toxicity: What You Need To Know

Heavy Metal Toxicity: What You Need To Know. An overview of toxins and their effect.