The Hygiene Hypothesis: Are We Too Clean?

The hygiene hypothesis has evolved. We now know that early exposure to microbes is essential for immune system development. 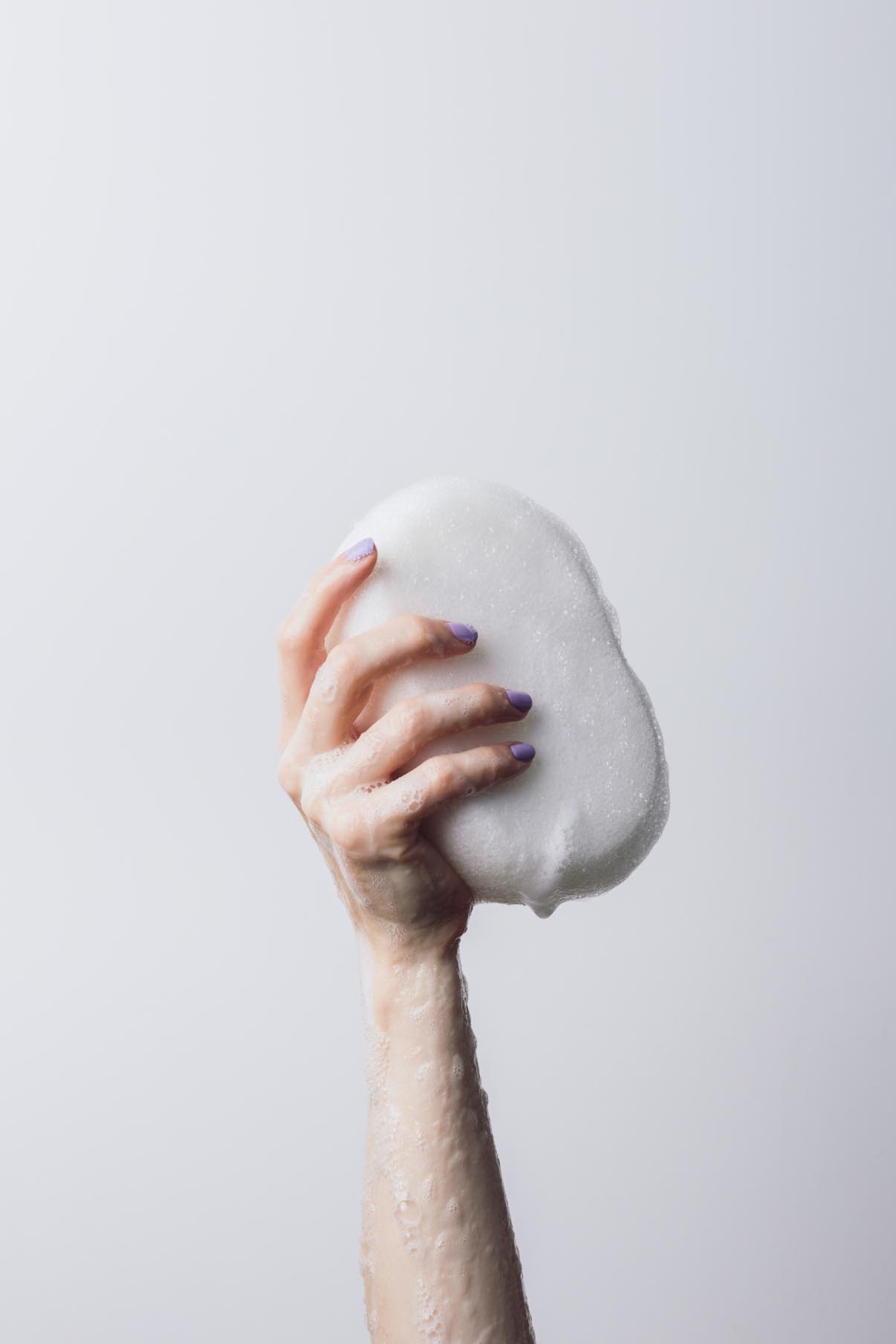 Over the past few decades, there's been an increase in the incidence of dysbiosis and other inflammatory conditions. In fact, rates of allergies and autoimmune disorders have soared since the 1950s, while the incidence of most infectious diseases have fallen dramatically. (Source) By the 1990s, scientists began to suspect that these two trends were connected and looked to the past for answers.

During the 1800s, profound improvements to sanitation and water quality were made in North America and Europe. These changes, including the introduction of toilets and sewer systems, the cleanup of city streets, and cleaner water, led to a rapid decline in infectious diseases. (Source, Source)

In 1989, scientist David Strachan suggested that the rising rates of diseases like asthma or allergies were linked to reduced exposure to germs through smaller family sizes, less contact with animals, and higher standards of cleanliness. (Source) In the decades since Strachan introduced his hypothesis, scientists have further clarified the active role that the gut microbiome plays in human health and reformulated the initial theory (more on that later).

Today, we'll dig into the so-called “hygiene hypothesis,” examine the double-edged sword of modern cleanliness, and uncover the scientific reason why you should give your furry friend a kiss.

What Is the "Hygiene Hypothesis" and Why Should I Care?

It's a theory about the increased incidence of immune-related conditions

‍The “hygiene hypothesis” proposed that a rapid rise in childhood allergies was due to lack of exposure to infections during childhood. From a study of 17,000 British children, Strachan observed a link between family size and the risk of allergies, noting that infants born into households with many siblings were less susceptible to eczema and hay fever than those from smaller families. Based on the assumption that more children means more germs, Strachan postulated that early childhood infections protect against allergic disease. (Source)

It's a bit of a misnomer

‍Scientists have called for the abandonment of the term “hygiene hypothesis,” as the original simplistic theory fails to incorporate other factors that are linked to immune-mediated conditions. The belief that obsessive hygiene has caused the rise in allergies has evolved. Data has shown that other lifestyle factors, including diet and antibiotics, play a larger role in relevant microbial exposures. Health professionals are also concerned that undermining public trust in good hygiene decreases important disease prevention practices such as handwashing. (Source)

It has evolved with scientific understanding

‍Rather than childhood infections, the “old friends hypothesis” suggests that early, regular exposure to a diverse set of “friendly” microorganisms helps educate the immune system to properly respond to stimuli. These ancestral microbes, which have co-evolved with us over millennia, have been instrumental in the development of our immune system throughout human evolution. When we lose contact with these ancient microbial allies, our immune system can fail to distinguish friend from foe, leading to increased inflammation and autoimmune activity. (Source, Source)

It's caused by our modern lives

‍Although radical improvements in sanitation, food, and water in the late 20th century were likely involved in reducing our exposure to microbes, other factors have played a larger role, especially in early life. Both C-section births and antibiotic use in children have been linked to increased risk of allergy and asthma. As we covered in the microbiome edition, Western diets lacking in plant-based fibers (hello polyphenols and resistant starch!) intensify this loss of biodiversity. Urbanization has also accelerated loss of exposure to the natural environment, which is a source of many of the microbial partners that we need. (Source)

What Does the Research Show About the "Hygiene Hypothesis"?

As noted above, the effects of the “hygiene hypothesis” are most likely mediated through a complex interaction between environmental factors, rather than a single factor. Given the lack of evidence on how to reduce rates of inflammatory disease, researchers have called for more randomized controlled trials to test interventions that restore the immune system. Here's what we know so far:

‍Migration studies have revealed that young individuals immigrating from countries with low incidence of autoimmune diseases to countries with high incidence tend to develop the disease with the frequency of the host country. Epidemiological data from the World Health Organization indicates that some autoimmune diseases, including multiple sclerosis and type 1 diabetes, that are uncommon in rural African and Asian populations are more prevalent in these same populations after they migrate to developed countries (e.g., United States). Researchers have also found a positive correlation between urban areas and the rate of inflammatory bowel disease. (Source, Source)

You should thank your siblings

‍Studies suggest that children from large families are at a lower risk of developing allergies, possibly because more siblings means greater exposure to bacteria and viruses. One study examining the relationship between family size and incidence of asthma reported a protective effect of three or more older siblings on children between three and five years of age. Infants with older siblings were also shown to have a lower likelihood of developing allergy-related atopic diseases due to differences in their gut microbiota. However, whether this is related to older sibling’s germs or some other factor, such as exposure to maternal antibodies in utero, remains to be seen. (Source, Source, Source)

No amount of cleaning can make our homes “clean enough”‍

Microbiological studies indicate that daily or weekly cleaning routines have no sustained effect on levels of microbes in our homes. That's because microbes are everywhere — as soon as they're removed from one surface, they are quickly replaced by other microbes from dust, outdoor air, the human body, or our pets. To date, there is no confirmed evidence of a link between personal or household cleanliness and increased risk of developing allergic disease. (Source)

It underscores the power of the great outdoors

‍Farms have been shown to have protective effects on our immune responses due to their microbial diversity. It seems as though early exposure to farm life is critical to garner the full benefits (even beginning in utero!). In one study, every additional animal an expectant mother had exposure to increased the immune benefit for her unborn child. Even if you're not on a farm, studies in Finland show that living close to green space and agriculture rather than a town increases the diversity of the skin microbiome and correlates with reduced sensitivity to allergies. (Source, Source, Source)

So What Should I Do About the "Hygiene Hypothesis"?

‍Evidence suggests a multi-faceted approach may help to restore a healthy microbiome and reduce the risk of inflammatory disease. Our microbiomes are most malleable in our first few years, so opting for childbirth via vaginal delivery and breastfeeding when possible are ideal for building a strong foundation. Other strategies include spending more time outdoors, eating fiber-filled diets, and using antibiotics only when absolutely needed. (Source)

Bring the outside inside

‍There are many ways to increase the transport of outdoor microbes into the home, including wearing outdoor shoes indoors, caring for indoor plants, or even just opening the windows. Beyond sparking joy, potted houseplants offer a source of microbial biodiversity, providing beneficial microorganisms. The takeaway? Keep your home clean, but maximize your exposure to the natural environment when possible. (Source, Source, Source)

‍In case you needed another reason to be “Team Dog,” epidemiological studies show that children who grow up in households with dogs have a lower risk of developing inflammatory diseases. This is likely due to the diversity of microbes that these animals bring inside our homes (researchers found that 56 different classes of bacterial species were more abundant in homes with dogs). Early-life exposure to household furry pets also increases the richness and diversity of the human gut microbiome. (Source, Source, Source, Source)

Where Can I Go to Learn More About Topics Related to the “Hygiene Hypothesis”?

On how to take care of our microbial friends

‍In this 15-minute TED talk, Graham Rook, the professor who coined the expression “old friends hypothesis,” explains the adaptive immune system and how it operates similar to a computer — suggesting that it needs data in the form of environmental inputs. (Source)

The Hygiene Hypothesis: Are We Too Clean?

The hygiene hypothesis has evolved. We now know that early exposure to microbes is essential for immune system development.