What is Leaky Gut and How Do I Treat It?

Leaky gut is a condition of increased permeability in the gut barrier that can affect your health. Here are tips to help repair your gut. 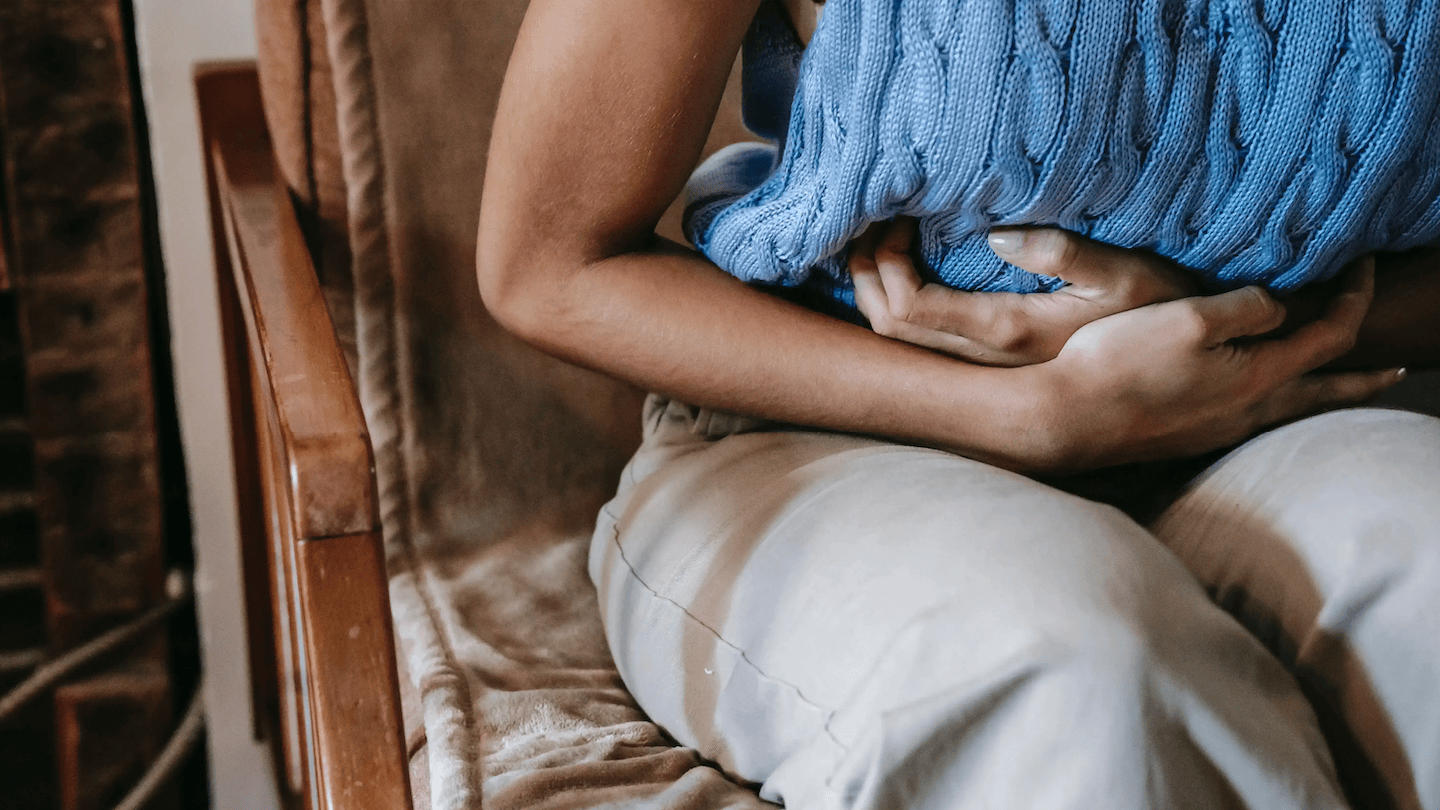 Leaky gut has been a buzzword in the health community for the last decade, but what exactly is it?

The name “leaky gut” was coined by Dr. Alessio Fasano, a pediatric gastroenterologist and the leading researcher on this topic. He and his colleagues observed in the early 1990s that a protein called zonulin, which regulates the integrity of tight junctions between the cells that make up the intestinal barrier, was abnormally elevated in people with celiac disease. The team then found that zonulin was also elevated in people with type 1 diabetes, ulcerative colitis, and Crohn’s disease. Ultimately, they postulated that autoimmune diseases may be preceded by intestinal permeability, aka leaky gut, and that improving intestinal permeability may help ameliorate these conditions. (Source)

The colloquial term refers to a condition in which the intestinal barrier, or the gut lining, is weakened and becomes permeable, allowing toxins, microbes, substances, and other antigens to pass through. This can have devastating effects on a person’s health and may lead to chronic inflammation throughout the body, autoimmune disorders, allergies, or cancer. (Source)

Today's edition will cover the most common causes of leaky gut syndrome, highlight the importance of tight junctions, and give you yet another reason to read a food product’s ingredients list closely.

What Is Leaky Gut Syndrome and Why Should I Care?

The gut barrier, also known as the intestinal mucosal barrier, separates us from the trillions of microbes in our gut, serving as one of the first lines of defense against invading bacteria and other pathogens. This lining of epithelial cells is connected by tight junctions that act as dynamic gatekeepers, opening and closing in response to dietary factors, neuronal signals, and pathogens. When this protective layer of cells is compromised, the integrity of the gut barrier is breached, allowing more foreign substances to "leak" into the bloodstream, having a profound effect on our immune system, digestion, and overall health. (Source)

Leaky gut is linked to a wide range of diseases

Because of its role in immune function, leaky gut syndrome has been implicated in several diseases, including celiac disease, irritable bowel syndrome, type 1 diabetes, multiple sclerosis, and systemic lupus erythematosus. Although the cause-and-effect relationship is still being explored, some researchers speculate that leaky gut may be an underlying cause of autoimmune diseases. By opening the door for larger proteins to enter the bloodstream, it can trigger an immune reaction that leads to inflammation and a cascade of negative symptoms, including gas, bloating, skin problems, anxiety, joint pain, and fatigue. Eventually, the immune system can become confused and attack the body’s own tissue — this action signals the initiation of autoimmune processes. (Source, Source, Source, Source)

Leaky gut may cause “leaky brain”

In addition to playing a role in autoimmune diseases, leaky gut may also lead to “leaky brain." meaning the blood brain barrier becomes weakened. Similar to the small intestine, tight junctions exist in the brain and protect it from toxins, chemicals, and pathogens that might be circulating in the bloodstream. In this scenario, the lining of the blood-brain barrier becomes leaky and allows toxins to enter the brain. According to research, disturbances of the blood-brain barrier may be linked to various neurological conditions, including autism, dementia, Alzheimer’s disease, depression, and schizophrenia. (Source, Source)

Leaky gut has a variety of causes

There are a few things that can compromise the integrity of the gut barrier, including certain medications (e.g., NSAIDs), alcohol consumption, and psychological stress. However, a major contributing factor to leaky gut is the overuse of antibiotics, which can kill off beneficial bacteria and disrupt the gut microbiome. Other factors that can damage the gut barrier include refined sugar, processed foods, and gluten. (Source, Source, Source, Source)

Leaky gut may be preceded by excess amounts of zonulin

Zonulin is a protein produced by the body (specifically, the intestinal epithelial cells) that regulates gut permeability and tight junction integrity. In general, the zonulin pathway helps maintain intestinal barrier function. When zonulin levels are elevated, the tight junctions between the cells of the gut lining open, leading to increased permeability of the epithelium — the wall between the outer environment and the inner contents of the intestines. Two factors that trigger the release of zonulin are (1) pathogenic bacteria in the intestines, and (2) in susceptible individuals, the presence of gliadin, a component of gluten. (Source)

What Does the Research Show About Leaky Gut?

It's important to note that leaky gut is a syndrome and not a medically recognized disease. Although some in the medical community deny that leaky gut exists, there is mounting evidence demonstrating that increased intestinal permeability is medically observable. What remains unclear, however, is whether leaky gut is the cause, or an effect, of chronic disease.

Although genetic and environmental triggers have long been recognized as major contributors to autoimmunity, increasing evidence in recent years suggests that intestinal barrier dysfunction may be another important element in the development of autoimmune disorders, including autoimmune type 1 diabetes. In fact, one study found that looking at levels of gut permeability was a good predictor of flare-ups of people with inflammatory bowel disease — participants with increased intestinal permeability were more likely to have a flare-up in the next few months than those with normal permeability levels. (Source, Source, Source)

Leaky gut is thought to play a role in the development of multiple food sensitivities, as it may allow food proteins to cross the intestinal barrier, stimulating an immune response. One case report on a patient who appeared to experience gluten-related psychotic symptoms even suggested that incompletely metabolized gluten peptides might pass through a leaky gut, making their way across the blood–brain barrier and affecting the central nervous system. (Source, Source, Source)

In a recent study, researchers found evidence that excessive fructose consumption may cause leaky gut, leading to fatty liver disease. Contrary to previous understanding, researchers discovered that fructose only damages the liver after first reaching and disrupting the gut barrier. Leaked endotoxins from the gut travel to the liver, increasing production of inflammatory cytokines and stimulating the conversion of fructose into fatty acid deposits. Interestingly, results observed between human specimens and mice were inconsistent, perhaps due to variations between species. (Source)

Leaky gut is part of a new aging theory

Findings from studies suggest that intestinal barrier dysfunction may be an important factor in the physiopathology of aging. Although research has not been done in humans, a few studies looking at round worms and fruit flies were able to accurately predict and prolong life by optimizing their intestinal barrier function. In one study looking at fruit flies, an increase of intestinal permeability was a better predictor of impending death than the insect's chronological age. (Source, Source)

So What Should I Do About Leaky Gut?

Some practitioners recommend a four-step process to reset gut health.

Studies have shown that stress has a direct impact on gut permeability. Stress and anxiety are associated with increased intestinal permeability and increased movement of pathogenic microorganisms across the intestinal wall into the bloodstream, especially for people with chronic, systemic inflammation. Incorporating stress-reducing practices — like meditation, mindfulness, and restorative yoga — into your routine can be good for your gut. (Source, Source)

Since the root cause of leaky gut is thought to be dysbiosis, it's important to target the gut microbiome with beneficial bacteria. Several recent reports have suggested that probiotics can reverse the leaky gut by enhancing the production of tight junction proteins; however, additional and longer term studies are still required. Supplementing with a probiotic containing both Lactobacillus and Bifidobacterium bacteria has been shown to reduce intestinal permeability in healthy adults. Another species of interest for its therapeutic properties is B. fragilis due to its ability to alter microbial composition and enhance intestinal barrier function. That said, the use of B. fragilis to prevent leaky gut and reverse autoimmunity warrants further investigation as well. (Source, Source, Source)

Limit your exposure to toxins

Air pollution, heavy metals, pesticides, and persistent organic pollutants (POPs) may contribute to the development of leaky gut. As we've discussed, evidence suggests exposure to environmental toxins and chemicals can impair the functions of the tight junctions that hold the intestinal barrier together. (Source, Source)

Go through your pantry and medicine cabinet and throw out anything that contains emulsifiers like polysorbate-80 and carboxymethylcellulose (also known as cellulose gum), ingredients often found in ice cream, frozen baked goods, chewing gum, and more. These additives are known to irritate the mucous layer that lines the gut, and they may contribute to leaky gut syndrome. (Source)

Where Can I Go to Learn More About Leaky Gut?

On the leaky gut diet

If you suspect a leaky gut is at play, following an elimination diet is a great first step to repairing it. Incorporating foods like brussels sprouts, avocado, and other gut-healing foods and avoiding foods like wheat and dairy products can help heal your gut.

On testing for leaky gut

A diagnosis of leaky gut is hard to confirm, and the search for a reliable diagnostic test continues. Currently, the most common test involves having the patient drink a mixture of lactulose and mannitol — two sugars that are not metabolized — and then checking their urine to see if the sugars are present. Because under normal conditions lactulose and mannitol molecules are too big to pass through the intestinal barrier and into the bloodstream, their presence in urine suggests impaired barrier permeability. (Source, Source)