Histamine Intolerance and the Low-Histamine Diet: Is It Worth It?

Histamine intolerance can be caused by producing or ingesting more histamine than your body can handle. Can a low-histamine diet help reduce symptoms? 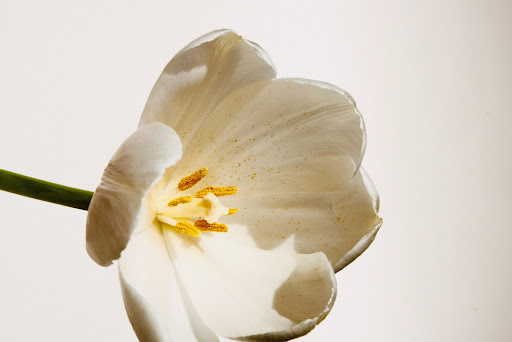 Histamine is an immune compound that plays a number of important roles in the body, from stimulating gastric juices for digestion to carrying signals between neurons in the brain. It’s best known for causing the uncomfortable symptoms we have during an allergic reaction: Histamine causes the itchy throat, watery eyes, and hives we experience in response to allergens like cat dander and pollen. Allergy medications such as Benadryl (diphenhydramine) and Claritin (loratadine) are antihistamines, meaning they block the effect of histamine in the body to alleviate these uncomfortable symptoms. (Source)

In an allergic reaction, histamine is released by specialized immune cells called mast cells. There are receptors for histamine all over the body, including in the gut lining, lungs, and brain. Histamine triggers vasodilation, or the relaxation of blood vessels, and increases the ability of immune cells to move in and out of blood vessels. These effects make it possible for white blood cells and other immune molecules to easily reach areas that are injured or under attack by foreign antigens. Histamine also can increase production of cell-signaling proteins called cytokines, and work as a neurotransmitter in the brain. (Source)

Although we need the inflammation mediated by histamine to protect the body from injury and harmful pathogens, having too much histamine contributes to chronic inflammation and is implicated in many inflammatory conditions such as asthma, autoimmune diseases, and inflammatory skin diseases.

How Does Your Body Regulate Histamine Levels?

How does your body get rid of histamine when there is too much? There are two enzymes, called diamine oxidase (DAO) and histamine N-methyltransferase (HNMT), that can break down histamine in your body.

But What About Histamine Intolerance?

There are also certain medications that are thought to either prevent DAO from breaking down histamine or cause histamine intolerance directly as a drug side effect. Some of these include:

Do I Have Histamine Intolerance?

Symptoms of histamine intolerance usually occur when you consume foods that are rich in histamine, such as wine or aged cheese. These symptoms are usually gastrointestinal symptoms such as:

You may also experience:

Am I At Risk For Histamine Intolerance?

Histamine intolerance is also associated with inflammatory and gastrointestinal diseases such as Crohn’s disease, food allergies, and ulcerative colitis. If you have one of these conditions, you may be at higher risk for histamine intolerance. (Source)

How Is Histamine Intolerance Treated?

Although it is not clear whether histamine intolerance can be cured, there are ways to improve symptoms. The most common treatment involves following a low histamine diet. Your WellTheory team can help you identify the root cause of your symptoms, and help you manage your symptoms through therapeutic diets and targeted supplements to get your histamine levels in check. (Source, Source, Source)

Small studies of supplementation with DAO of both animal and plant origin have had some promising results. Research continues into the best sources of the enzyme, optimal dosing, and how to protect it from being broken down in the intestines before it can work. (Source)

If you have histamine intolerance, it can help to avoid or limit consumption of foods that are high in histamine. Some of these histamine-rich foods include:

These blueberry muffins are free of high histamine foods and are easy to whip up for breakfast. This recipe calls for a special type of flour called cassava flour, which is made from the root of the cassava plant. Cassava flour is nut free, grain free, gluten free, not fermented, and is a great flour substitute if you are allergic to nuts or sensitive to gluten. This recipe also uses anti-inflammatory foods such as coconut milk and coconut oil, which could help alleviate symptoms of histamine intolerance. (Source)

Although many diets can feel restrictive, the low histamine diet has a plethora of recipes to provide for your guilty pleasures. This low histamine pizza recipe is versatile and suggests swaps you can make for each ingredient. This recipe also uses cassava flour and doesn’t include tomatoes or pepperoni, which are both high histamine foods. The low histamine pesto is a great substitution for tomato sauce because pesto contains basil, which has anti-inflammatory effects. (Source)

Make it AIP: To make this recipe AIP, swap another vegetable such as peas or shredded carrots for the red pepper, and omit the sesame seed garnish and almond butter.

The Bottom Line on the Low Histamine Diet

There’s no one size that fits all. Like many diets, the low histamine diet needs to be personalized to you. If you have histamine intolerance it’s important to learn what foods are high in histamine and try to limit your exposure to them, replacing them with low histamine alternatives. Our Care Team at WellTheory can help guide you through this process — explore our high-touch coaching membership.

If you have histamine intolerance due to impaired DAO function, it’s possible taking enzyme supplements in addition to following a low histamine diet will help your body break down histamine after an inflammatory reaction. In some cases, antihistamines may provide temporary relief from symptoms of histamine intolerance.

Histamine Intolerance and the Low-Histamine Diet: Is It Worth It?

Histamine intolerance can be caused by producing or ingesting more histamine than your body can handle. Can a low-histamine diet help reduce symptoms?