Pesticides: The Chemicals Peskier Than Pests

Industrial agriculture relies heavily on pesticides to protect crops from destruction. But what effect do these chemicals have on the human body? 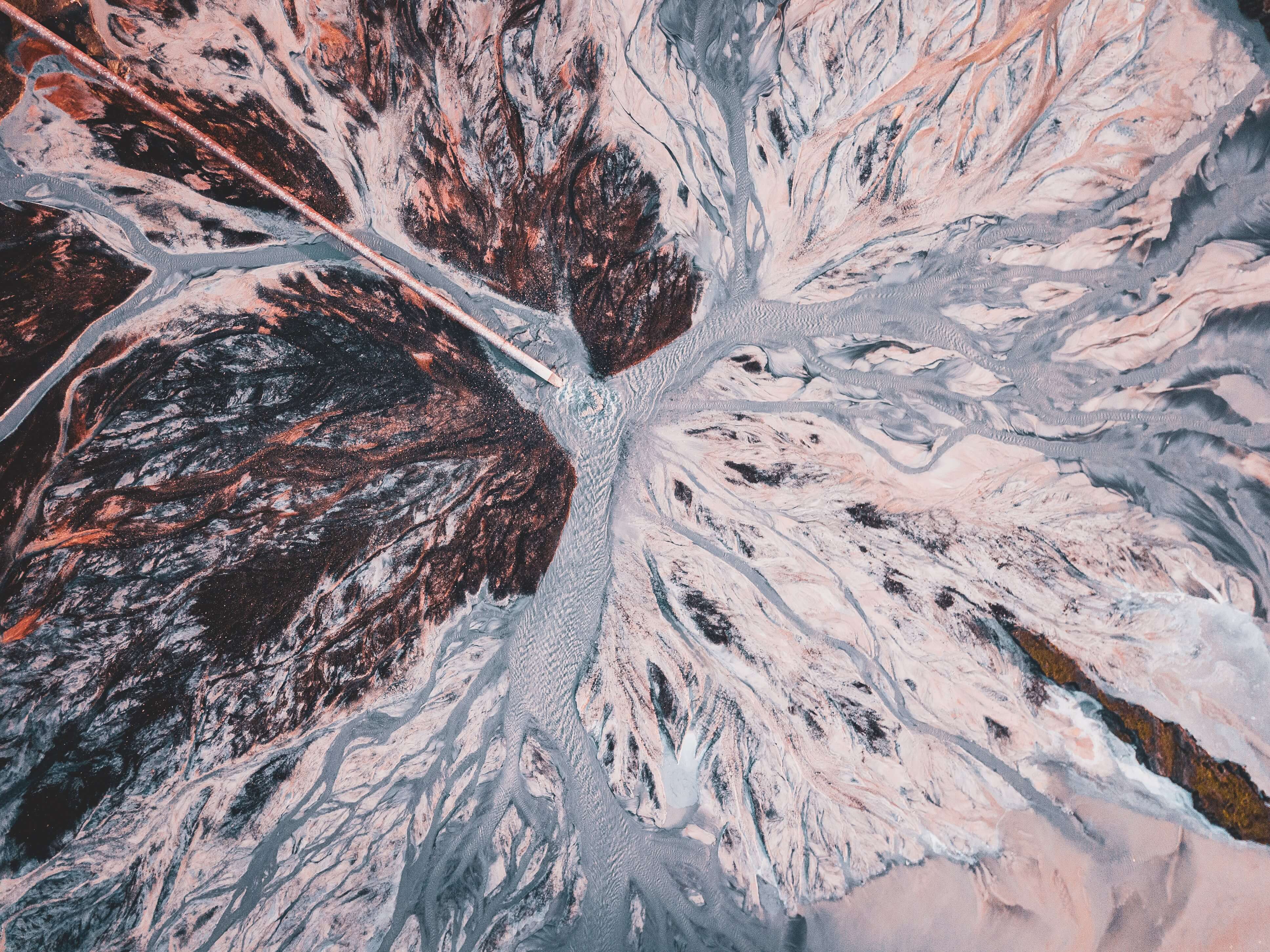 Contrary to what you might think, pesticides are not a modern invention. Humans have used substances to protect their crops since before 2000 BC. The first documented pesticide was elemental sulfur, applied by Ancient Sumerians to protect crops from insects. Up through the 15th century, medieval farmers and scientists investigated different methods of pest control, experimenting with toxic chemicals including arsenic, mercury, and lead in an effort to increase crop yield.

In 1939, Swiss chemist Paul Hermann Müller discovered that dichlorodiphenyltrichloroethane, also known as DDT, had insecticidal properties — a discovery that led to Müller’s award of the Nobel Prize in 1948 and also helped to combat the spread of malaria. This discovery preceded the proliferation of pesticide products in the 1950s, which was later deemed the “Golden Age” for pesticides.

About twenty years later, Rachel Carson, a marine biologist and conservationist, published “Silent Spring,” a book that highlighted the detrimental effects of DDT and other pesticides on the environment and public health. Her findings influenced the US and 80 other countries to ban the use of DDT and galvanized the environmental movement, including the formation of the Environmental Protection Agency (EPA) and other grassroots organizations in the United States.

Today, our industrial agricultural system relies heavily on pesticides. An ever-growing list of herbicides and fungicides are used by farmers to protect their crops. While pesticide use has undoubtedly led to significant gains in agricultural production and reduction in disease transmission, these benefits have often overshadowed the widespread awareness that they are harmful to human and environmental health.

With that, let's dive into pesticides, also known as the reason why you should get friendly with the growers at your local farmer’s market.

What Are Pesticides and Why Should I Care?

Pesticides are chemicals that protect crops

Although our exposure to pesticides is primarily through residues found on the food we consume, pesticides are also found in the air we breathe, the water we drink, and even in mothers’ breast milk. Here are a few stats to give you a sense of just how widespread they are:

Pesticides are toxic by design

Pesticides are created with the express purpose of killing living organisms — insects, plants, animals, and fungi that are considered pests. Unsurprisingly, pesticides have also been associated with short- and long-term effects on human health, including elevated cancer risks and disruption of the body’s reproductive, immune, endocrine, and nervous systems. (Source)

The US has different pesticide standards than other countries

As part of the approval process for new pesticides, the EPA assesses possible health impacts, drafts usage guidelines, and establishes tolerances (amounts allowed on or in food). However, many EPA-designated tolerance levels focus primarily on toxicity and carcinogenicity and may not fully consider other health risks or potential long-term health effects. The US continues to use several pesticides banned in the EU or other countries, including atrazine, glyphosate, 2,4-D, paraquat, and neonicotinoids, which have been linked to serious health or environmental consequences. (Source)

What Does the Research Show About Pesticides?

Pesticides are linked to autoimmune diseases, cancer, and hormone disruption

In a 2007 study, a review of death certificates recorded over a 14-year period suggested that farmers who were exposed to pesticides while working with crops were more likely to die from autoimmune conditions than those who worked solely with animals. Studies have also shown that the use of the herbicide dicamba is associated with increased risk of various acute and chronic cancers and that organophosphates may lower testosterone and alter thyroid hormone levels. (Source, Source, Source, Source)

David Bellinger of the Harvard School of Public Health has estimated that American children under the age of 5 have collectively lost 17 million IQ points due to organophosphate pesticides. (Source)

Pesticides may have transgenerational effects

Remember epigenetics and the debate over whether or not modifications may be inherited by future generations? A study of rats suggested that parent rats’ direct exposure to glyphosate, the most commonly used pesticide worldwide, had significant effects on their third-generation offspring that were never directly exposed to the pesticide. The possible effects included prostate disease, obesity, kidney disease, ovarian disease, and birth defects. The results of this study suggest that we need to incorporate generational toxicology into our considerations for the risk assessment of pesticides. (Source)

So What Should I Do About Pesticides?‍

Every year, the Environmental Working Group (EWG) assembles a Dirty Dozen list, which features the top 12 most heavily-sprayed produce, and the Clean Fifteen, items that are likely to be safer even when grown conventionally, based on the USDA’s annual testing. For items on the Dirty Dozen, try to buy organic. One small study of adults and children found significantly reduced amounts of pesticide parent compounds and metabolites in participants’ urine after just six days on a 100% organic diet. (Source)

Ask about the supply chain

Go to your local farmer’s market and you'll often be able to find organic, locally grown, in-season produce for the same price as conventional in the grocery store. Develop relationships with your local farmers and don't be afraid to ask what kind of feed animals were given, how the vegetables were grown, and what pesticides (if any) they use.

As humans, we're at the top of the food chain. When we eat non-organic meat, in addition to the antibiotics, growth hormones, and other chemicals given directly to the animals, we may also be consuming herbicides and toxic pesticides sprayed on the grains fed to those animals. So if going all-organic isn't feasible for your wallet, then focus on the meats.

Wash your produce with H2O

Although not all pesticides can be washed off, you can reduce your exposure to pesticide residues by washing all produce under running water, including organic items. No need for any fancy formulas either — research has found that rubbing produce under running tap water is just as effective as using purchased veggie rinses. (Source) If you want to take additional measures, consider a quick soak in water with baking soda added, or peel thin-skinned produce after washing. (Source)

What's the Proper Way to Wash Your Produce?

The FDA outlines the following steps below:

Where Can I Go to Learn More About Pesticides?

Pesticides and their impact on the US population

If you're looking for data straight from the source, the CDC’s Division of Laboratory Sciences coordinates the National Biomonitoring Program (NBP), which enables you to dissect pesticide exposures based on state, year, and geography over the past 20 years. (Source)

The EWG releases a “Shopper’s Guide” every year that ranks the pesticide contamination of 47 popular conventional fruits and vegetables, based on the FDA and USDA's testing of 43,000 samples of produce. (Source)

Check out “PestiBytes” — short 1- to 2-minute interviews with pesticide specialists from the National Pesticide Information Center (NPIC) discussing common pesticide questions, ranging from “Is it safe to apply DEET repellents?” to “How can I wash pesticides from fruits and veggies?” (Source)

Pesticides: The Chemicals Peskier Than Pests

Industrial agriculture relies heavily on pesticides to protect crops from destruction. But what effect do these chemicals have on the human body?