Vitamin D, the sunshine vitamin, is a fat-soluble vitamin that helps regulate hundreds of different pathways in the body and most of us don't get enough. 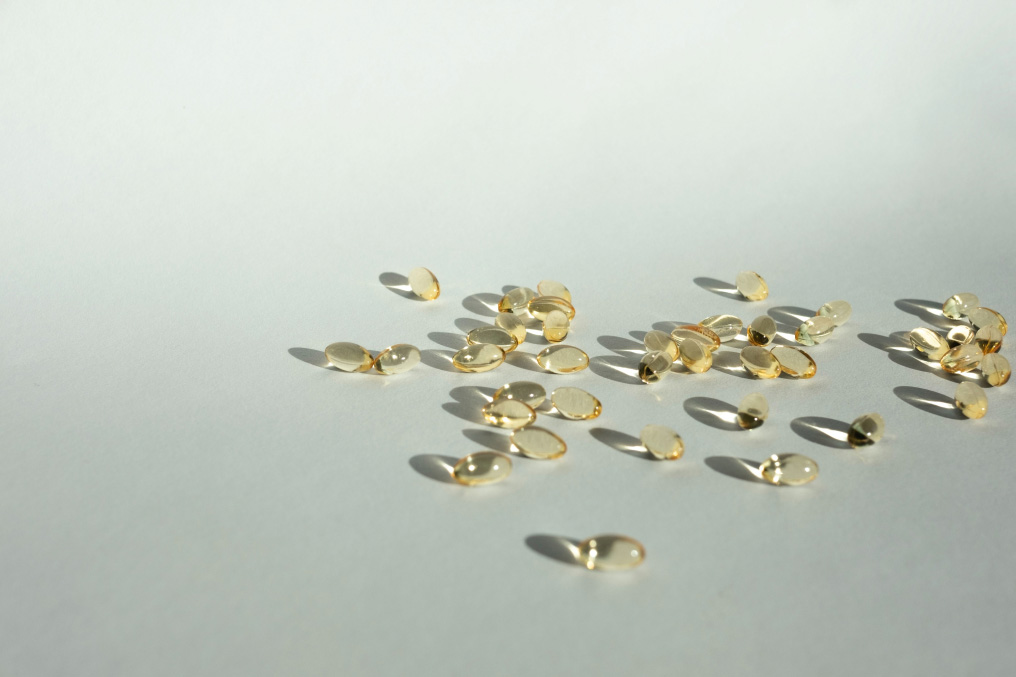 Vitamin D, also known as the sunshine vitamin, was discovered in 1922 by E.V. McCollum and associates at Johns Hopkins University, who were studying the effects of cod liver oil on rickets, a disease caused by vitamin D deficiency. (Source, Source)

Continuing research found vitamin D was also crucial for calcium absorption and a healthy immune system, although it took decades to understand the precise pathway of vitamin D in the body. Later, it was discovered vitamin D3, also known as calcitriol, could be synthesized in the laboratory and used to treat vitamin D and calcium deficiencies.

By the 1930s, addition of vitamin D to milk virtually eliminated the scourge of rickets, which had been affecting up to 90% of all city-dwelling children because they had so little exposure to sunlight. However, osteoporosis related to vitamin D deficiency still continues to be a major problem for adults (especially women). (Source, Source).

Today, vitamin D deficiency is estimated to be widespread in the US and other parts of the world, including Europe, Australia, and China. In recent years, vitamin D has gained popularity in the mainstream health space, touted as a cure-all for everything from depression to cancer.

Given the amount of discussion around vitamin D and its role in COVID-19, we’re digging into the "Sunshine Vitamin."

What Is Vitamin D and Why Should I Care About It?

Vitamin D is more than just a nutrient

Vitamin D is both a dietary nutrient and a hormone our bodies make. In addition to being consumed, it's produced when skin is exposed to ultraviolet (UV) light and helps to regulate hundreds of different pathways in the body. (Source)

Most of us don't get enough vitamin D

It's estimated that 74% of the population in the United States is deficient in vitamin D. Common risk factors include:

Common symptoms of low levels of vitamin D may include getting sick often, depression, fatigue, bone loss, and bone and back pain. Research shows that low vitamin D levels may be linked to increased risk of certain cancers, heart disease, multiple sclerosis, and asthma. (Source)

What Does the Research Show About Vitamin D?

Although vitamin D has historically been acclaimed for its critical role in supporting healthy bones and teeth, studies have shown that the benefits of vitamin D may include reducing depression, improving bone health, and supporting our immune system. (Source, Source, Source)

Based on data from the COVID pandemic, researchers found a strong correlation between severe vitamin D deficiency and mortality rates. More research is needed, but it’s possible vitamin D may help suppress the occurrence of cytokine storm, which is blamed for severe COVID infections. A study at the University of Copenhagen also found vitamin D is needed to transform dormant T cells into “killer” cells that hunt down and destroy pathogens, a critical part of immune function. (Source, Source)

The circadian rhythm is your body's internal clock that tells you when to sleep and when to wake up. How vitamin D is involved in the production and function of melatonin, a hormone secreted by the pineal gland, isn’t entirely understood, but both are important for normal sleep. Research suggests supplementation with both melatonin and vitamin D are helpful in combating insomnia, especially as levels of both fall with increasing age. (Source, Source)

So What Should I Do About Vitamin D?

You should take vitamin D3

There are two types of vitamin D: D2 and D3. Vitamin D2, scientifically known as ergocalciferol, is most often found in plant foods (e.g., fungi), while vitamin D3, or cholecalciferol, tends to be found in animal food sources (e.g., fish). Research shows that supplementing with vitamin D3 is more efficacious in raising serum vitamin D levels than vitamin D2. (Source)

Get 20 minutes of direct sunshine daily without sunscreen

About 50% to 90% of vitamin D is absorbed through the skin via sunlight, so aim to get about 20 minutes of sunshine daily with 40% of your skin exposed. Keep in mind, though, that more than 20 minutes per day of unprotected sun exposure is likely to damage skin and will not increase vitamin D levels. Research suggests exposure to sunlight has health benefits apart from production of vitamin D — chemical reactions in skin exposed to ultraviolet (UV) light have been correlated with reduction in blood pressure, weight gain, and markers for metabolic syndrome. (Source, Source, Source)

A note of caution

Wearing sunscreen blocks the production of vitamin D and other beneficial byproducts created in the skin in response to UVB rays. However, the beneficial effects of exposing skin to sunlight without use of sunscreen must be balanced with its risks. If you choose this method of vitamin D supplementation, be sure to limit your sunscreen-free exposure to the recommended 20 minutes, and make generous use of a broad-spectrum sunscreen if you’re going to be out longer than that.

Although it can vary based on population, the ideal range for serum 25-hydroxyvitamin D, the major circulating form of vitamin D, is generally thought to be between 40 to 60 ng/mL. Your optimal range will depend on a number of factors, including ethnicity, geographic location, and nutritional status. More isn't always better, though; as rare as it is, vitamin D toxicity is possible with extremely high vitamin D intake. (Source)

Because it's difficult to get sufficient vitamin D from sunlight alone, you can supplement with food sources or dietary supplements. Few foods, though, contain vitamin D naturally — some of the richest food sources are fatty fish (including salmon, tuna, and mackerel), cod liver oil, sardines, and eggs — and you may need to take a vitamin D supplement to make sure you’re getting enough  (Source, Source, Source)

Where Can I Go to Learn More About Vitamin D?

On vitamin D and immune function

This paper from the journal Nature offers detailed insight into the role of vitamin D in regulating the function of both the innate immune system, which recognizes and defends against pathogens when they first enter the body, and the adaptive immune system, which recognizes pathogens when they are encountered again later. An even more timely topic is the role vitamin D may play in mitigating the severity of COVID-19 infection by reducing inflammation and cytokine release and increasing levels of protective T regulatory lymphocytes. (Source)

On vitamin D and cellular aging

Every time a cell divides, its DNA must be replicated. DNA is organized in strands called chromosomes, which have non-coding bits at the ends called telomeres. The role of telomeres is to protect the coding DNA, but the telomeres themselves can become shortened with repeated cell division, leaving the DNA vulnerable to damage and eventually leading to cell death. Research suggests vitamin D helps maintain telomere length, which in turn slows cellular aging. Get the full story on telomeres and cellular aging in this Khan Academy lecture. (Source, Source, Source)

On how much vitamin D you’re getting

This free app called Dminder tracks the amount of sunlight you need for optimal vitamin D production by taking into account skin tone, age, weight, amount of skin exposed, and other factors.