8 Foods for an Anti-Inflammatory Diet to Combat Inflammation Naturally 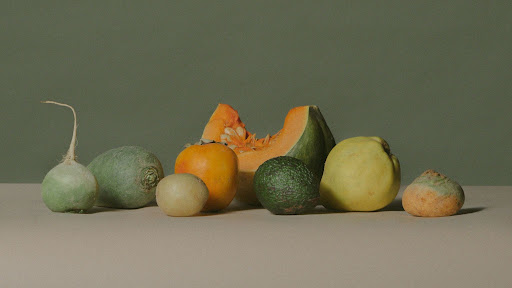 In the simplest terms, inflammation is your immune system’s response to harmful stimuli. The problem can be external, such as a splinter in your finger, or internal, such as an invading virus. Either way, the immune response initiates biological processes that may cause noticeable symptoms such as pain, redness, and swelling. This kind of acute inflammation is an important defense mechanism to protect your body and trigger the healing process. (Source)

Chronic inflammation poses a serious health threat because it is a risk for cardiovascular, metabolic, and neurodegenerative diseases. While acute inflammation is beneficial for removing short-term harmful stimuli, chronic inflammation may go on to cause damage to otherwise healthy tissues.

How Is Inflammation Triggered?

As soon as a threat is identified by the immune system, an inflammatory response is triggered, starting with the release of proteins called cytokines. Cytokines are messenger proteins that help other cells know what to do next. When inflammatory cytokines are released into the blood, this triggers greater blood flow to the affected area, making it easier for white blood cells to be recruited to the site of injury or infection. (Source)

In acute inflammation, the inflammatory response should decrease once the harmful stimulus is no longer present. However, as we’ve said, chronic inflammation is prolonged inflammation as a result of the stimulus not going away, or of the body’s own healthy cells being mistakenly attacked. (Source)

You may be familiar with the symptoms of acute inflammation, such as redness, heat around the affected area, swelling, pain, and loss of function. However, chronic inflammation exhibits a different set of symptoms.

Some of the most common symptoms of chronic inflammation include:

Can You Measure Inflammation?

Cytokines are an example of some of the most common inflammatory mediators that are used as markers of inflammation. They are released early on in the inflammatory process, and their role is to recruit leukocytes (white blood cells) to the site of infection.

There are several different kinds of cytokines, both pro- and anti-inflammatory. Keeping the right balance between the various types is necessary to avoid acute inflammation becoming chronic. Excessive pro-inflammatory cytokines can exacerbate chronic inflammatory conditions and lead to tissue damage. (Source)

8 Foods for an Anti-Inflammatory Diet

While there is no immediate cure for chronic inflammation, changes in diet and lifestyle can greatly improve symptoms. In particular, many compounds found in plants have been shown to have potential anti-inflammatory benefits. (Source)

Below are 8 food options that are known for their anti-inflammatory properties. Unsurprisingly, many of these options are plant-based, making them easy to incorporate into many different diets.

Leafy green vegetables such as Swiss chard, spinach, and kale are full of vitamins A, C, and K, which have been shown to have anti-inflammatory properties. These vitamins also have antioxidant properties that can protect your cells from naturally occurring cell damage.

Further, research has shown that an increase in oxidative stress can be linked with increased chronic inflammation. In order to keep free radicals under control, antioxidants slow down and inhibit the cells responsible for creating free radical cells. (Source, Source)

How to Include Leafy Greens in Your Next Meal

If you are not a fan of eating salads or raw leafy greens, why not try adding them to your next smoothie? Blending leafy greens with fruits such as bananas and berries will help mask their sometimes bitter taste while keeping their nutritional benefits.

Broccoli (and Other Cruciferous Vegetables)

Broccoli and other cruciferous vegetables such as Brussels sprouts and cauliflower are also rich in vitamins A, C, and K. However, they have the added advantage of sulforaphane, a phytochemical (naturally occurring plant compound) that has been found to block the inflammatory process, among other benefits. (Source)

How to Include Cruciferous Vegetables in Your Next Meal

Although honey may not seem like an impressive food, it contains plenty of nutrients and is particularly high in polyphenols. The specific composition of honey can differ depending on the type of bee that produced it and the floral source. However, all sources of honey have been associated with anti-inflammatory properties.

How to Include Honey in Your Next Meal

The easiest way to include honey in your diet is to use it as your sweetener in place of white sugar.

Garlic, onions, and leeks all belong to the allium family. Organosulfur compounds (OSCs) are commonly found in alliums, and research has shown that they also have powerful anti-inflammatory properties. Further, OSCs have the added benefit of potentially preventing or treating major diseases, including cancers, by influencing the chronic inflammatory processes. (Source)

How to Include Alliums in Your Next Meal

Alliums are a staple for almost any dish, and are well-loved for adding depth of flavor without resorting to too much sodium or additives. If you’d like to add more alliums to your diet, try this creamy chicken and leek soup.

How to Include Olive Oil in Your Next Meal

Like alliums, olive oil is a popular pantry staple and can be added to almost any meal. Be sure to read the label and buy “extra virgin” olive oil, which is made by simply crushing olives. This process, called cold pressing, retains the olives’ naturally occurring polyphenols and tocopherols. Other kinds of olive oil may be refined through methods that strip the oil of its nutritional value. (Source)

For the final anti-inflammatory food on our list, we have berries. Strawberries, blueberries, raspberries, and blackberries are just some of the more well-known types of berries with anti-inflammatory benefits.

The active anti-inflammatory compounds in berries are anthocyanins, which also give berries their distinct red, purple, and blue colors. Anthocyanins work by reducing levels of cytokines in the bloodstream, which are then unable to trigger inflammatory responses. (Source, Source, Source)

How to Include Berries in Your Next Meal

Berries can be easily added to any smoothie or snack, although getting them while they are in season may be challenging. Frozen berries (and other fruits) have been shown to have levels of nutritional value similar to fresh berries, and can save you a few dollars by not spoiling too soon! (Source)

Turmeric is well known for its bright yellow color and earthy, bitter taste. However, the real star of the show is curcumin, the chemical component that gives turmeric its yellow color. Curcumin has been shown to have both antioxidant and anti-inflammatory properties. In recent studies, curcumin has been shown to reduce chronic inflammation, and may help prevent or treat some chronic diseases. (Source)

How to Include Turmeric in Your Next Meal

You can add turmeric to almost any meal! Toss it in your next smoothie or sprinkle it over roasted vegetables. You can also make a strong turmeric pumpkin spice latte by adding some ginger for extra anti-inflammatory goodness.

Like olive oil, fatty fish also contain many polyunsaturated fats that play a significant role in reducing levels of bad cholesterol and maintaining healthy cells. However, the specific effects of these fatty acids differ, depending on whether they are derived from plant or animal sources.

Polyunsaturated fats from plants are called omega-6 fatty acids, while their fish counterparts are called omega-3 fatty acids. You have probably already heard of ways to balance your omega-6 and omega-3 ratios, with the best way being to increase your omega-3 intake. Omega-3 fats have been associated with decreased inflammation by altering the cells that are responsible for triggering the inflammatory process. (Source, Source)

How to Include Fatty Fish in Your Next Meal

Fatty fish like salmon, tuna, mackerel, and sardines are rich in omega-3 and can be easily baked in the oven or pan-fried.

The AIP diet takes into consideration foods that can lead to inflammation or other forms of negative autoimmune responses, but some of the largest culprits of chronic inflammation would be well avoided or limited in any diet.

Although red meat in moderation may not necessarily pose a health risk, regular consumption of larger amounts has been associated with several cardiovascular diseases, as well as chronic inflammation.

Red meat contains heme iron, which is derived from hemoglobin and is well-absorbed when ingested. Heme iron is the component of red meat most associated with inflammation, cancer, and other negative effects on health. Populating the gut with healthy diverse bacteria from high fiber fruits and vegetables that are rich in antioxidants can potentially offset the inflammatory effects of heme iron in red meat.

For this reason, consuming high quality, grass-fed red meats, which are higher in omega-3, can be less inflammatory than its low quality and processed meat counterpart. Balancing meat consumption with high vegetable intake can promote anti-inflammatory effects. (Source, Source, Source)

Research has found that excessive intake of saturated fatty acids leads to stiffening of cell membranes, which interferes with normal cellular processes and contributes to the development of obesity and insulin resistance, as well as increased levels of circulating pro-inflammatory cytokines. (Source, Source, Source)

Refined carbohydrates are metabolized faster than their whole-grain counterparts, causing blood sugar levels to spike and drop more suddenly. Also, refined carbohydrates lack fiber and nutrients and aren’t very filling, so you may have to eat a lot before you feel full.

Both the spikes in blood sugar and the potential weight gain from overconsumption of refined carbohydrates have been shown to increase cytokines and other inflammatory markers in the blood. (Source)

The Bottom Line on Anti-Inflammatory Foods

Chronic inflammation occurs when the body’s natural processes for turning down an inflammatory process become compromised. Further, it can be tricky to treat chronic inflammation because it is not considered a disease on its own. However, as research methods improve, we are beginning to learn more about the positive effects of an anti-inflammatory diet. While it is not a perfect cure, it can be empowering to know that individual dietary choices can help improve your health.