Anti-fungal foods are rich in nutrients and help keep your microbiome in check. We’ll focus on 15 foods that are rich in natural antifungal properties. 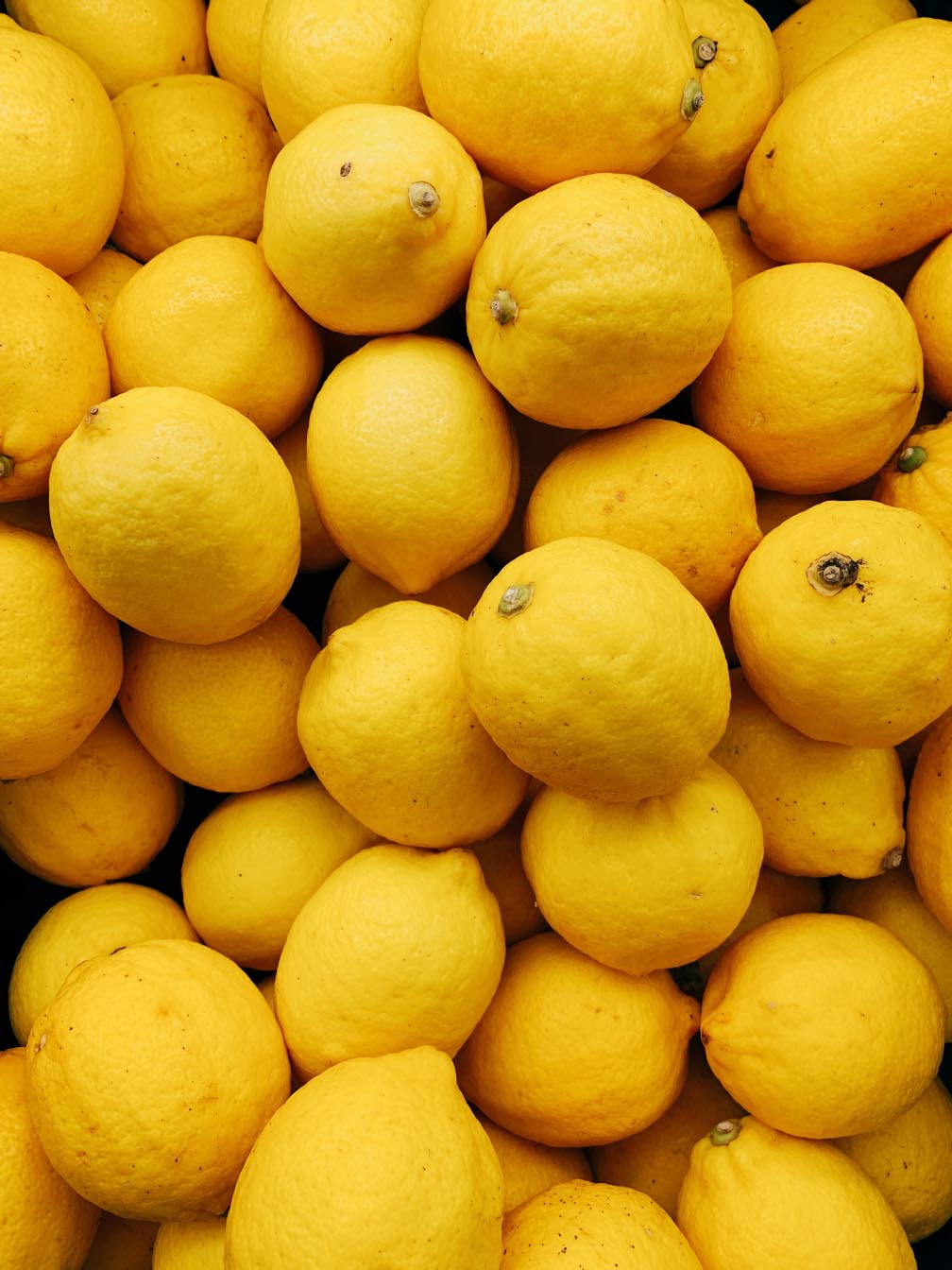 ‍
Similar to bacteria, fungi are ubiquitous in the environment and play important roles in nature. These organisms are part of the normal gut microbiome and typically live in harmony with the other microorganisms in our bodies. However, when fungi are not kept in check by the immune system, they can cause infections and occasionally serious health problems.

If you’re suffering from a fungal infection, you may be likely to turn to antifungal medication to cure it. While these drugs can be very effective, they aren’t always necessarily the best option. In fact, as overuse of antifungal medications leads to an increasing problem with drug resistance, researchers are beginning to look to nature when considering alternative treatment options, similar to antibiotics.

As research into antifungal treatments continues, many health experts believe that some natural remedies may be effective against fungal infections. As we saw with natural antibiotics, a number of foods are capable of inhibiting the growth of harmful bacteria. Similarly, many foods can also hinder the growth of fungi — foods that can help fight this battle include garlic, kimchi, and even papaya seeds.

In this edition, we’ll be focusing on 15 foods that are rich in natural antifungal properties. Not only do these foods help fend off unwanted invaders and keep your microbiome in check, they are also chock-full of essential nutrients (note: that said, eating garlic likely won’t cure your athlete’s foot!).

Garlic is one of the most well-researched natural antifungals, which isn’t surprising considering it is used to flavor and preserve many recipes.

Not only does garlic boast a long list of cardiovascular benefits, including lowering blood pressure and improving blood flow, garlic has also been shown to have antifungal properties, thanks to allicin, an active compound found in the bulbous plant. In a study that assessed the antifungal activity of garlic, researchers found that garlic significantly inhibited the growth of Candida albicans, an opportunistic pathogenic yeast that is often found in the human gut microbiome. Interestingly, the researchers found that fresh garlic was more effective than garlic powder extract — all the more reason to chop up some garlic and add it to your plate.

Ginger (Zingiber officinale) is a tropical plant that is commonly consumed as a spice and has long been used in traditional Chinese medicine for its anti-inflammatory and antiseptic properties. In fact, ginger has been used for thousands of years in Asia for the treatment of gastrointestinal infections, skin infections, and respiratory infections like colds and the flu.

Modern research has confirmed the antifungal and antiviral properties of ginger, primarily due to gingerols, compounds found in the rhizomes of the ginger plant. For example, one study looking at alternatives to nystatin, a synthetic antifungal medication, found that ginger extract might be a promising treatment for oral candidiasis.

The humble onion has been used for centuries in home remedies to treat everything from colds to ringworm. In fact, onions contain both antibacterial and antifungal properties due to compounds like quercetin, which help ward off bacterial and fungal infections in the body. Interestingly, one study showed that onions that had been stored for three months were most effective against biofilm formation, which suggests that antioxidant and polyphenolic activity increases over time.

Apple cider vinegar (ACV) has been revered as a folk medicine for thousands of years, dating back to 400 B.C. when Hippocrates treated patient’s ailments with the elixir. Modern-day scientists have also studied the antimicrobial qualities of ACV, particularly with respect to its use in food preservation and treatment of fungal infections.

In a study that examined the effectiveness of ACV on common fungal species, researchers found that the vinegar not only exerted multiple antimicrobial effects on E. coli, S. aureus, and Candida but also reduced the amount of pro-inflammatory cytokines secreted in response to the pathogens.

Coconut oil, a staple in the diets of many tropical populations, is also known for its antifungal properties. Studies have demonstrated the antifungal effects of coconut oil on Candida, a fungus that can cause systemic fungal infections in humans, with some researchers suggesting that incorporating coconut oil into the diet may be a means of controlling Candida in the gut and therefore preventing systemic infections from occurring.

Olive oil, that legendary staple of the Mediterranean diet, has been a part of human diets for millennia. As a food, it has been touted for its heart-healthy qualities, and now researchers are discovering that olive oil may possess potent antifungal properties as well. Multiple studies have demonstrated olive oil’s efficacy in combating multiple Candida strains.

Seaweeds, common ingredients in Japanese and Korean cuisine, are marine algae that are rich in vitamins, minerals, and antioxidants. In addition to their culinary uses, some seaweeds have been shown to reduce cholesterol levels and may improve blood sugar levels.

In a review of seaweeds and their medicinal uses, researchers revealed that seaweeds produce many different metabolites that are active against bacteria, viruses, fungi, and parasites, and some have anticoagulant and anti-inflammatory properties as well.

Native to the northern parts of Europe, Asia, and North America, rutabaga, also known as swede, is a root vegetable that is a member of the Brassica genus of plants, which includes other vegetables such as cabbage, cauliflower, and broccoli.

Similar to other cruciferous plants in the same family, rutabaga contains isothiocyanates, which are biologically active compounds that have both anticarcinogenic and antifungal properties.

The antifungal properties of lemons, both in juice form and as an essential oil, have been well documented. Lemons, limes, and other citrus fruits have been found to contain several bioactive compounds with antioxidative, anti-inflammatory, and antimicrobial properties.

In a study that examined the antifungal activity of lemon, lime, tangerine, and grape juices on Candida, researchers found that lemon juice exhibited the most potent antifungal activity, with lime juice also significantly inhibiting fungal growth.

Aloe vera, also known as the “plant of immortality,” is a succulent native to Africa and Asia that is currently cultivated in the US, Egypt, and India. Aloe vera’s benefits are attributed to the watery gel found inside its leaves, which contains more than 75 different compounds including vitamins, minerals, and enzymes that have been shown to have potent antifungal properties.

In addition to its antifungal properties, aloe vera gel has been shown to have many other health benefits, thanks to its anti-inflammatory, wound healing, and antibacterial properties. In one study, a Malaysian aloe vera leaf extract was shown to reduce the fungal species found in otomycosis, a common ear infection. However, research into aloe vera’s antifungal properties is limited, and more evidence is needed in humans to better understand the plant’s mechanism of action.

Pumpkin is yet another plant with an antifungal bent (no, pumpkin spice lattes don’t count!). In one study, researchers in South Korea found that pumpkin skins contain a powerful protein called Pr-2 that exerts antifungal activity, attributing the protein’s fungal-fighting properties to its ability to target the cell wall of the pathogenic microorganisms.

Cayenne pepper is a staple of Mexican cuisine, but it also has a long tradition of medicinal use in traditional cultures. More recently, researchers have begun to explore the possible role of cayenne in the treatment of fungal diseases. In one in vitro study, researchers extracted an active compound called CAY-1 from cayenne pepper and found it was active against 16 different fungal strains.

When we think of papaya, we don’t typically think of (and often discard) its seeds. Interestingly, these seeds may have surprising health benefits, ranging from reducing blood sugar levels to improving cholesterol levels.

However, the seeds also have antifungal properties that have been documented in the scientific literature. In a 2018 study, researchers found that papaya seed extract prompted apoptosis (i.e., cell death) in a number of pathogenic fungi, and concluded it may be considered in the future as a novel drug for cardiac diseases as well.

Kimchi, a spicy fermented cabbage dish that is a staple in Korean cuisine, has been traditionally consumed as a digestive aid to support the gut microbiome.

Although studies suggest that kimchi’s antiseptic, antibacterial, and anti-inflammatory properties are derived from the fermentation of Lactobacillus bacteria, the active ingredients responsible for kimchi’s health benefits are still being investigated.

Find out the connection between gut health and autoimmunity and start reducing symptoms naturally.

Anti-fungal foods are rich in nutrients and help keep your microbiome in check. We’ll focus on 15 foods that are rich in natural antifungal properties.