The Beginner’s Guide to Slow-Wave Sleep

Slow-wave sleep is one of the stages in NREM sleep when your body repairs itself. Here are tips to improve the quality of your restorative sleep. 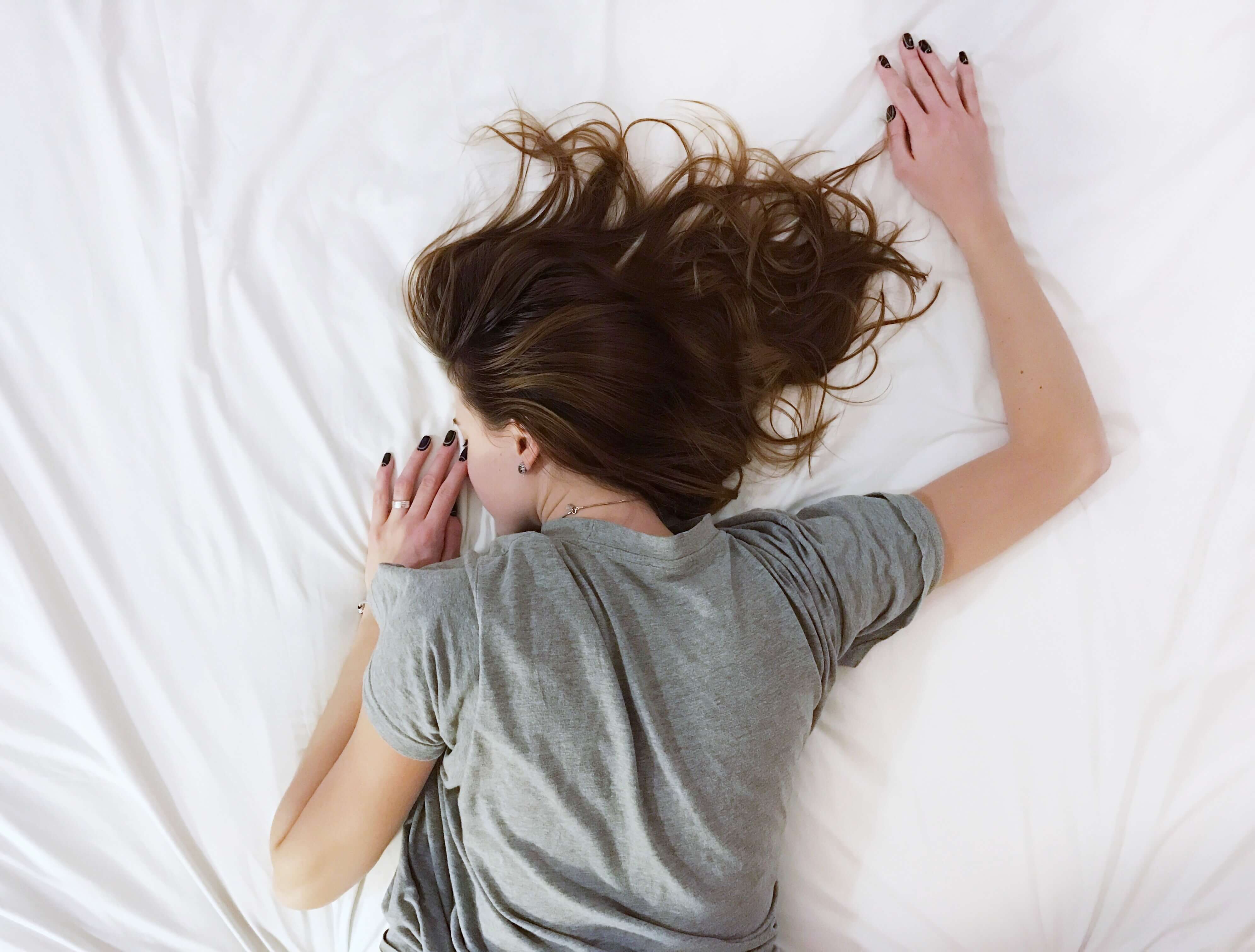 Prior to the early 1920s, scientists believed sleep was passive — a state of low activity when a person's brain and body shut down for the night to rest and recover. Our understanding of sleep hadn't evolved much beyond the beliefs of the ancient Greeks, who viewed Hypnos, the god of sleep, as the brother of Thanatos, the god of death.

The scientific study of sleep had a breakthrough year in 1953 when Eugene Aserinsky and Nathaniel Kleitman of the University of Chicago observed eye movements during sleep and discovered two distinct forms of sleep: rapid eye movement (REM) sleep and non-REM (NREM) sleep. Through their research, the duo found that REM sleep was correlated with dreaming and increased brain activity (interestingly, closer to that of someone awake rather than unconscious). (Source)

By contrast, NREM sleep is characterized by deep, slow-wave activity and has itself been broken into three distinct stages: N1, N2, and N3. As we fall asleep and progress through the sleep stages, our brain waves progressively slow and increase in amplitude. (Source)

We now know that our bodies alternate between both REM and NREM sleep as part of the sleep cycle, and that the differences between those states are as profound as the difference between sleep and wakefulness.

Today, we're uncovering more about the deepest stage of sleep (stage N3), also known as the reason why you might experience a “sleep hangover” if you oversleep your afternoon nap alarm.

What Is Slow-Wave Sleep?

The Majority of Total Sleep Time Is NREM

Although both REM and NREM are important for different functions in our bodies, NREM sleep typically comprises 75% to 80% of total sleep each night. An average 8-hour night of sleep contains around five of these NREM–REM sleep cycles, each lasting about 90 minutes. Within that, slow-wave sleep (SWS) occurs mostly in the first third of the night and constitutes 10% to 20% of total sleep duration. (Source)

Slow-Wave Sleep Is When Your Body Repairs and Renews Itself

To understand why N3 is important, think of your body as a factory that performs several vital functions. As you drift off to sleep, your body begins its night-shift work — performing maintenance and repair all the way down to the cellular level. At the beginning of the N3 stage, the pituitary gland releases human growth hormone (HGH), which stimulates tissue growth and muscle repair. During this regenerative stage, the body repairs and replenishes tissue, builds bone and muscle, strengthens the immune system, and flushes out built-up waste products. (Source, Source, Source)

Slow-Wave Sleep Is the Most Restorative Sleep Stage

N3 is considered to be the most restorative stage of sleep, and most important for waking up feeling refreshed. This may be why the majority of N3 sleep occurs during the first half of the sleep period — if you don’t get the full amount of sleep you need, you’ll still get a good dose of N3. During N3 sleep brain activity declines to 75% below normal wakefulness level, which explains why you typically feel groggy and disoriented if you wake up during deep sleep — a phenomenon known as “sleep inertia.” (Source, Source)

The older you get, the less NREM sleep you'll have. People under age 30 typically have about two hours of restorative sleep every night, whereas adults over 65 might get only 30 minutes. N3 sleep continually decreases with age to the point that some elderly people may have no measured N3 sleep at night at all. (Source, Source)

What Does the Research Show About Slow-Wave Sleep?

University of California, Berkeley researchers showed that people who received more slow-wave NREM sleep had lower anxiety levels compared to those who had a sleepless night. Their study showcased the importance of NREM sleep specifically and its role in calming an overanxious brain. Interestingly, studies have shown that increased cortisol levels are correlated with longer periods of slow-wave sleep and shorter periods of REM sleep. (Source, Source)

Studies have shown that when fighting off an illness, your body may increase the amount of time spent in NREM sleep while deprioritizing REM. This occurs for two key reasons:

Deep sleep is critical for “sleep-dependent memory processing,” during which we form and encode new memories. A lack of slow-wave sleep negatively impacts the ability to perform memory tasks and the formation of declarative memory, which includes common knowledge and information about everyday events. (Source)

Studies show that lack of slow-wave sleep, increased sleep-wake disturbances, and prolonged periods of wakefulness can increase levels of amyloid plaques in the brain. Amyloid plaques, protein structures that form in the spaces between nerve cells, may exacerbate and accelerate the onset of Alzheimer’s disease.

You Can Make Up for Lost N3 Sleep

How Can You Improve Your Slow-Wave Sleep?

Take a Bath Before Bed

Research shows a bath before bed can support sleep quality. A hot shower or sauna will work too. Simply heating the body 1 to 8 hours before bed increases slow-wave sleep and NREM consolidation ― a phenomenon known as the “Warm Bath Effect.” (Source)

After heating your body up, you'll want to cool off and sleep in an ambient environment of between 60 and 67 °F (about 15 to 19 °C). Typically, our body temperature decreases by 1 or 2 degrees as part of the sleep initiation process, enabling us to conserve energy and direct it to other parts of the body. (Source)

A 2021 study published in the journal Food Science and Nutrition showed that consuming a low-carb diet improved sleep quality by reducing inflammatory markers. However, including some carbohydrates in your evening meal can aid sleep.

Carbs help the amino acid tryptophan enter the pineal gland, located deep in the center of the brain, where it contributes to the production of the sleep hormone melatonin. Once you find the diet that works best for you, make sure you are also getting plenty of magnesium, which has been shown to promote relaxation and sleep by helping calm the central nervous system. (Source, Source, Source)

Pink Is the New White (Noise)

Pink noise, which is deeper and has slower waves than white noise, enhances brain activity that’s associated with deep phases of sleep. Researchers have found that pink noise can boost deep sleep in patients with mild cognitive impairment. (Source)

Studies have shown that aerobic exercise increases the amount of slow-wave sleep you get. One study found that people who engaged in high levels of physical activity were more likely to experience better sleep quality. Another study looking at the relationship between physical activity and sleep showed that exercise decreased N1 sleep (very light sleep) while increasing REM sleep, sleep continuity, and sleep efficiency. Thus, long term exercise can be used as a lifestyle intervention against poor sleep quality. (Source, Source )

If you're curious to see how much N3 sleep you're getting each night, check out the New York Times Wirecutter article featuring sleep-tracking apps. Spoiler alert: Their vote is for SleepScore.

When a slightly different frequency of sound is played into each ear, the brain perceives a fixed beat or frequency, known as a binaural beat. Binaural beats in the delta waves range (1 to 4 Hz) are thought to be associated with deep sleep and relaxation, although a recent study suggests this may be largely a placebo effect. Relax Melodies is one app that lets you create your own soothing sleep mix with these beats, white noise, nature sounds, and others. (Source)

If you are ready to turn sleep information into action, our Care Team of Nutritional Therapy Practitioners and Health Coaches can support you with improving sleep quality. Our Care Team allows members to finally heal by providing the space to deep dive into the lifestyle factors that impact their sleep and overall autoimmune health. Receive support and guidance from our NTPs and Health Coaches and other WellTheory community members who are healing through the power of holistic lifestyle changes.

The Bottom Line on Slow-Wave Sleep

Slow-wave (N3) sleep is the most restorative stage of sleep, and the most important for waking up feeling refreshed. The research shows N3 sleep, during which your body repairs and renews itself, acts as a natural anti-anxiety agent, plays a significant role in immune function, and contributes to cognitive health.

Thankfully, there are many ways to improve your slow-wave sleep, including making time for exercise, decreasing room temperature at bedtime, experimenting with sleep tracking, listening to binaural beats or pink noise, and trying out a low carb diet. Coaching support from WellTheory’s team of Nutritional Therapy Practitioners and Health Coaches can help you make healthy lifestyle changes to increase the amount of N3 sleep you’re getting.