There is a growing amount of research linking autoimmune issues to the health of the gut microbiome. Many lifestyle factors can help improve gut health. 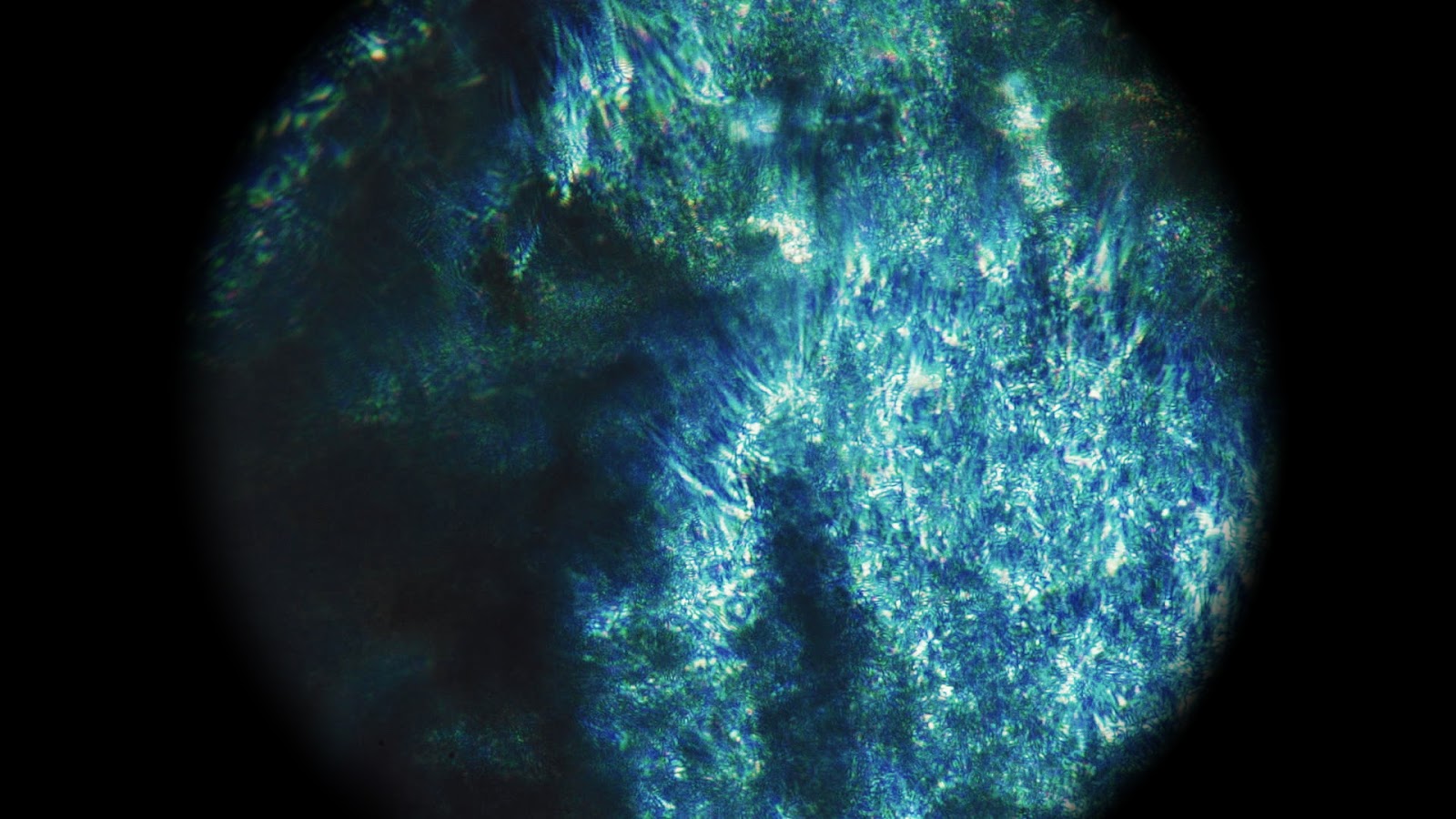 Research has found a strong connection between autoimmunity and gut health. Lifestyle and other environmental factors can either boost or compromise gut health, helping to either prevent or increase autoimmunity. In this article we’ll look at autoimmunity, gut health, and what you can do to reduce inflammation and promote a healthy, diverse intestinal microbiome.

Autoimmunity is when the immune system mistakenly attacks the body’s own cells. Usually, our immune system protects us from invasive pathogens such as bacteria and viruses, sending out antibodies and white blood cells to attack them. When our immune system loses the ability to differentiate between foreign cells and our own healthy cells, though, the result is autoimmune disease. (Source)

There’s a Genetic Component to Autoimmunity

Environmental factors can also impact our susceptibility to autoimmunity. Throughout the 20th century there was a rapid increase in the incidence of inflammatory disorders, including autoimmune diseases such as Type 1 diabetes and multiple sclerosis.

The “old friends hypothesis,” the reformulated version of the hygiene hypothesis, suggests that regular exposure to “friendly” microorganisms will help teach our immune system whether foreign microbes are friend or foe. (Source)

The diet we consume also can affect our susceptibility to autoimmune diseases. Western diets tend to be high in sugar, salt, and fat while being low in plant-based fiber. Diets high in processed fats promote inflammation that could set off an immune response. (Source, Source).

What Does Gut Health Have to Do With Autoimmunity?

The gut helps regulate the immune system, eliminating invading pathogens while recognizing that cells made by our body are not a threat. There is a growing amount of research linking autoimmune issues to the health of the gut microbiome.

The gut contains about 70%–80% of the immune cells in our body, and any change in the composition of the gut microbial community can lead to immune dysregulation. This can eventually lead to the development of autoimmune diseases. (Source, Source)

Gut Permeability Is a Factor in Autoimmunity

The intestinal lining helps keep our gut microbes contained. If this lining is compromised or weakened, there is a risk of the microbes getting into our bloodstream and nearby organs, which can also lead to the development of autoimmune diseases. (Source)

What Is the Microbiome?

Ten trillion to 100 trillion microorganisms (also known as microbes or the microbiota) reside in the gut, including bacteria, fungi, parasites, and even viruses. These microorganisms usually coexist peacefully in a symbiotic relationship in which both the human body and microbes benefit. (Source)

However, there are a small number of microbes that have a pathogenic relationship with the human body, meaning they can promote disease. If the balance between symbiotic and pathogenic microbes is disturbed, as through illnesses, certain diets, or the extended use of antibiotics, dysbiosis occurs. This disrupts the interactions the body has with the gut microbiome and can make your body more susceptible to diseases. (Source)

Each person’s gut microbiota, or flora, is unique and dynamic — it changes throughout the life of the individual. It’s been estimated the human gut hosts as many as 36,000 species of bacteria alone. (Source)

Everyone comes into the world with gut microbes already in place. The makeup of the initial microbiome depends on length of pregnancy, type of birth, and method of feeding after birth. An individual’s microbiome increases in complexity until about the age of 3, and then usually remains pretty stable into adulthood. (Source)

What Are the Most Common Gut Bacteria?

The typical healthy microbiome is made up primarily of three bacterial phyla, each of which includes several bacterial genera and species:

Lactobacillus are also often used as probiotics in supplements. A probiotic is defined by WHO as “live microorganisms which, when administered in adequate amounts, confer a health benefit on the host.” (Source)

Why Does the Gut Matter?

The gut performs many important functions such as:

The gut also affects our brain health. A healthy gut communicates with the brain through nerves and hormones, helping to maintain our overall well-being. Researchers have found there is a bi-directional relationship between the gut and the brain, which has been dubbed the “gut–brain axis.”

The gut also produces neurotransmitters that affect gene expression in the brain, the development of the nervous system, behavior, and mood through the synthesis of serotonin. (Source, Source, Source)

Although there are bacteria everywhere, the largest colony of bacteria in our body is in our gut. Like a fingerprint, each person’s microbiome composition is unique due to their genetics and to a much greater extent, their environment. The bacteria in the gut have evolved alongside humans for thousands of years and help our bodies perform a variety of essential functions. (Source)

The intestinal mucosal barrier separates the trillions of microbes in our gut from the rest of our body. Epithelial cells that line the gut are connected by tight junction proteins that open and close in order to allow the movement of nutrients across the lining, while preventing pathogens from leaving the gut.

If this layer of cells is compromised, permeability in the gut barrier may be increased, allowing the microbes in our gut to “leak” into the bloodstream. This increase in permeability is a condition called leaky gut syndrome, and it can significantly affect our digestion and immune system. (Source)

How to Promote Gut Health and Treat Autoimmunity

The gut microbiome composition can be affected by a variety of lifestyle factors. Stress has been shown to increase the permeability of the gut barrier, allowing bacteria to cross and activating an inflammatory immune response that alters the composition of the microbiome.

The Effects of Stress on Gut Health

The body’s response to stress can also increase circulating levels of pro-inflammatory proteins called cytokines, causing inflammation in the gut. This decreases the abundance of several beneficial gut bacteria, which changes the composition of the microbiome and reduces its diversity. (Source)

We understand the importance of actionable and sustainable lifestyle changes when it comes to improving gut health. To counter these effects, consider incorporating lifestyle practices that reduce stress, such as yoga, spending time in nature, exercising, and meditation. (Source, Source)

Researchers have also found that people who have large social networks tend to have more diverse microbiomes compared to those who don’t. Specific bacterial genera, such as Akkermansia, Lactococcus, and Oscillospira, have been found to be more abundant in people who are very social.

Research into possible effects of bacterial diversity on behavior may help guide the development of new probiotic and prebiotic therapies for treating mental health conditions such as anxiety and depression. (Source)

Over the last few decades, the prevalence of autoimmune diseases such as celiac disease has risen and may be linked to increased consumption of gluten, which is very common in Western diets.

Some research suggests that gliadin, the component of gluten that stimulates an immune response, increases permeability across the gut barrier. Research has also found that gluten-containing diets can alter the gut microbiome and contribute to dysbiosis. (Source, Source)

Chronic inflammation is closely linked with many autoimmune diseases. Food allergies, sensitivities, or intolerance may cause inflammation in the gut lining and lead to a multitude of symptoms. Exclusion diets are often recommended to confirm an allergy, sensitivity, or intolerance, and identified foods are then avoided. (Source)

At WellTheory, our experienced Nutritional Therapy Practitioners can help you to identify and navigate trigger foods through specialized diets such as the Autoimmune Protocol. Learn more about our approach here.

Food sensitivities cause immune reactions that may be uncomfortable but not life-threatening. This kind of reaction to food may resolve over time as the composition of the gut microbiome evolves.

Symptoms of food sensitivity include:

Symptoms of food intolerance include:

A food allergy is an inappropriate immune response to something most people eat with no problem. The immune response can be uncomfortable and, in some cases, severe or even life-threatening.

Symptoms of food allergy include:

Our gut microbiome is exposed to antibiotics not only from medical use, but also from their use on crops and farm animals. Antibiotic use can drastically alter microbiome composition and provide opportunities for bacteria that cause diseases. (Source)

Antibiotics Cause Loss of Diversity

Exposure to antibiotics causes the loss of some important species of gut bacteria. Typically, it takes about a month to restore microbial diversity in the gut after antibiotic treatment and an additional 2 weeks for the baseline composition of microbiota to be restored. However, several common species may not be detected for around 6 months.

Antibiotic use can also disrupt the balance established by gut microbes. Since antibiotics cause a decrease in microbiome diversity, this can lead to the overgrowth of pathogens that usually coexist symbiotically with other bacteria present in the gut under normal circumstances.

Antibiotics Can Lead to Gut Injury

Some antibiotics can even cause the mucus layer in the gut to thin, which makes the gut lining more susceptible to damage and inflammation from opportunistic pathogens like H. pylori that colonize the gut microbiome. In some people, H. pylori infections in the gut can lead to gastric and duodenal ulcers, intestinal metaplasia (where cells that line the stomach are replaced or changed), and gastric cancer. (Source, Source)

Some researchers recommend reestablishing the gut microbiota with probiotics. One cost-effective way of reversing intestinal permeability, strengthening the intestinal barrier, and reducing inflammation is by incorporating some gut-healing foods into your diet, such as kimchi, pickles, or yogurt. (Source)

Due to their antimicrobial, antioxidant, anti-inflammatory, and antifungal properties, these foods have been found to modify the gut microbiome in a positive manner. (Source, Source)

The Bottom Line on Autoimmunity and Gut Health

Genetic and environmental factors affect susceptibility to autoimmunity, which occurs when the immune system mistakenly attacks the body’s own healthy cells.

About 70%–80% of our immune cells are the gut, so any changes to the composition of the gut microbiome can lead to immune dysregulation and the development of autoimmune diseases.

Autoimmune diseases can be managed by promoting gut health. Researchers have found that changes in lifestyle and diet can help reduce gut inflammation, which is closely linked with many autoimmune diseases.

On How a Healthy Gut Microbiome Evolves With the Environment

Each person has a unique gut microbiome composition. This article breaks down the variety of species that are typically present in the gut, and how the environment, diet, and disease can influence the makeup of the microbiome. (Source)

On the Relationship Between the Gut Microbiome and Inflammation

The bacteria in our gut have a symbiotic relationship with the body. They play a key role in the development of immunity in the gut, but are also able to trigger inflammation. The pathways of communication and inflammation between the gut bacteria and the intestinal barrier is explained in this article. (Source)

There is a growing amount of research linking autoimmune issues to the health of the gut microbiome. Many lifestyle factors can help improve gut health.