There’s a proven link between food and gene expression. Your diet doesn’t affect which genes you carry, but it may influence how those genes function. 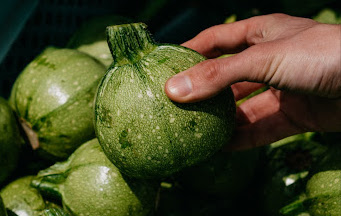 You know your body, and you know your dietary choices can have both positive and negative effects on how you feel, so it’s likely you agree with the adage that “you are what you eat.” In this article, we’ll focus on food and gene expression, exploring how your diet can influence the actions (or inactions) of your genes, and how this relates to autoimmunity.

It can be unsettling to think that something you ingest could cause changes in your body on a genetic level, but it’s empowering, too. Your genes are resilient, and adopting a healthy lifestyle now can help reverse negative epigenetic changes caused by past behaviors. In this article, we will dive into what gene expression is, how food affects it, and how food’s affect on genetic expression can impact autoimmune health

What Is Gene Expression?

To understand the relationship between food and gene expression, and the harmful or beneficial effects diet has on autoimmune conditions, it’s essential you know what gene expression is. Gene expression is the process by which a gene’s information is used to trigger the production of a protein that serves some function in the body.

On a deeper level, it helps to think of DNA as a recipe book. If DNA is the book, genes are the recipes. Genes are expressed (or read) when they’re transcribed into RNA, and produce an outcome (or a delicious dish) when they’re translated into proteins. Proteins made this way then go on to carry out functions in the body. What you eat doesn’t determine if a gene is present, just whether or not it’s activated. (So your environment doesn’t change which recipes are in the recipe book, but it can influence whether or not a particular recipe gets made.)

Epigenetics, a term first defined by British developmental biologist Conrad Waddington in the 1940s, is a field of study within the larger field of biology. In epigenetics, researchers aim to understand the connections between environmental factors and behaviors and how genes work.

There are different subfields of epigenetics. Nutrition epigenetics is a subfield that looks at the link between food and gene expression, in particular. Through decades of research scientists have established that what we eat has both near-immediate and long-term effects on how key genes function. (Source)

Epigenetic changes happen in a gene’s transcription phase (think back to our DNA recipe book — this is the phase where the genetic instructions are read and interpreted). Epigenetic changes are normal — in fact, during fetal development, they’re what cause some cells to become heart cells while others become liver cells. Each of your body’s (approximately) 200 kinds of cells has the same genetic information; without the epigenetic changes that happen before birth, we wouldn’t exist.

Epigenetic interference is different. It’s a change that’s not pre-programmed and won’t happen without some external input. The most common type of epigenetic interference occurs when the genome (the DNA, RNA, genes, and any other elements that control the genes’ activity) gets labeled with a tag or set of tags placed by external influences (such as chemical exposure, heavy metal toxicity, medications, and yes, food) to form something called an epigenome. Some epigenomes inhibit gene expression, while others enhance it. We’ll dive into this a little deeper in the next section.

How Are Food and Gene Expression Connected?

Since the 1990s, when epigenetics research started gaining momentum, researchers have made great strides in advancing our understanding of epigenetic mechanisms (the influences that affect gene expression). Through animal models and human studies, we know now that food plays a central role in epigenetic interference and disease risk. (Source)

There are different ways that food influences gene expression to affect human health.

DNA methylation is the bonding of a methyl group (three hydrogen atoms bonded to a carbon atom) to DNA’s cytosine ring, which is one of the places where genetic information is coded. Some food components may cause hypomethylation in a specific cell (taking it down a notch), while others cause hypermethylation (amping it up).

DNA methylation is like a dimmer switch for your genes, and it can be good or bad, depending on the cell type. A habit that dims a tumor-suppressing gene, for example, is definitely bad. One that dims the genes responsible for certain types of heart disease is good. (Source)

Histone modification creates the pathway for the epigenetic tagging we discussed earlier. A histone is a basic protein necessary for the formation of chromatin, a vital regulator in gene transcription. Think of chromatin as the air traffic controller of gene transcription, which is the first step in gene expression. Histones are the tools the air traffic controllers use to do their job right. Various dietary changes can cause histone modification and influence how genes are read throughout all the stages of life, from before birth until death and everything in between. (Source, Source)

RNAs are molecules made of the same building blocks as DNA. They perform many different functions in coding, decoding, and expressing genes. Unlike other RNAs, microRNAs play no role in converting or coding information. Instead, they’re gatekeepers, running interference to mediate gene expression. Certain foods can throw microRNAs off track, and poorly regulated microRNAs can trigger illness and disease. Some foods influence the microRNAs present in our bodies, but there’s some evidence that our wellness may also be affected by the microRNAs in our food. (Source, Source, Source)

Transcription is the first step in gene expression, in which information from DNA is copied by RNA. Nucleosomes, strands of DNA wrapped around histones, are chromatin’s basic structural units. Besides their essential role in structure, nucleosomes play a key role in regulating transcription. To do their jobs correctly, nucleosomes must be properly positioned as they begin their work and they must work together in a precise order — again, like steps in a recipe. Epigenetic changes to nucleosome positioning have various effects, depending on where the nucleosome should be, what ends up in its place when it is mispositioned, and what it is blocking when it ends up where it doesn’t belong. (Source)

How Do Organic Diets Affect Epigenetics?

The compounds found naturally in foods are not the only compounds that can trigger epigenetic interference. Compounds that are added to foods to increase crop yields or improve resistance to damaging external factors such as insects or poor soil quality can also have epigenetic effects.

Some of the additives used on conventional produce are associated with changes on both genetic and epigenetic levels. One herbicide, Atrazine, has been studied extensively in mice. Research has revealed that the adverse effects related to exposure are not limited to mice that are directly exposed to the herbicide. Blood tests have shown that the effects observed in exposed pregnant mice may be passed on to their offspring. Atrazine is banned in over 35 countries, but it’s the second most widely used herbicide in the United States. (Source, Source, Source)

Organic foods are grown without synthetic pesticides, herbicides, and fertilizers. In organic agriculture, farmers mitigate threats to their crops with natural substances, such as neem oil and citric acid, that have not been shown to have epigenetic effects. It may not be practical to buy organic all the time, but it’s prudent to do so whenever you can. It’s also worth noting that some kinds of foods tend to have less pesticide and herbicide residue than others, so even when you can’t buy organic you can still choose your healthiest options.

How Does Food and Gene Expression Affect Autoimmune Conditions?

Long before they were widely studied for any other purpose, epigenetics and the relationship between food and gene expression were examined for their connections to autoimmune conditions.

DNA methylation is the best understood epigenetic mechanism in autoimmune diseases. Research shows that hypomethylation is linked to systemic lupus erythematosus, rheumatoid arthritis, type 1 diabetes, and multiple sclerosis. Systemic sclerosis, on the other hand, is associated with hypermethylation. Some researchers have made connections between those same diseases and histone modification or microRNA misregulation, but the relationships are less clear.

Fewer studies have analyzed the relationship between nucleosome positioning and autoimmune conditions, but a connection with rheumatoid arthritis has been proposed. (Source)

The Bottom Line on Food and Gene Expression

Negative epigenetic changes are persistent, but they aren’t necessarily permanent. A balanced lifestyle — one that includes a healthy diet, exercise, and limiting exposure to harmful chemicals — can help reverse an unhealthy epigenome and replace it with a healthy one. It’s never too late to start making positive changes in your life and reaping the beneficial health effects. And remember, a healthy diet doesn’t have to be boring or difficult to implement; healthy food can be satisfying and easy to prepare.